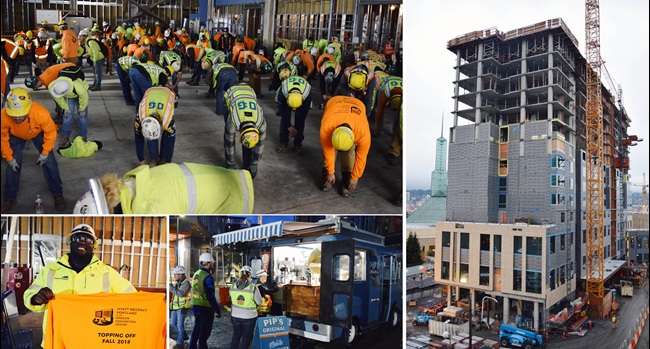 Congratulations to the Hyatt Regency Portland at the Oregon Convention Center team! The project has completed the concrete structure and the building has reached its highest point. The jobsite celebrated the achievement with speeches, Pip’s Donuts and Tamale Boy Burritos (both local favorites!), a special bend-and-stretch with music and new jobsite t-shirts. Representatives from Hyatt Regency, Oregon Metro, the Oregon Convention Center and Prosper Portland attended to show their support of the construction team.

The project is about 50% complete, with the grand opening anticipated for Winter of 2019.

Traditionally, in building construction, topping off (sometimes referred to as topping out) is a builders' rite traditionally held when the last beam (or its equivalent) is placed atop a structure during its construction. The origins of the topping off ceremony are much contested – some believe it even dates back to the times of the Egyptians and the pyramids. The ceremony was adopted by cultures worldwide, with each putting in their own unique spin. The ceremonies we see today celebrate the construction process and are viewed as the first introduction of the building to the public. It uniquely honors the accomplishments of the construction crew and is reminiscent of old-fashioned, barn-raising celebrations. 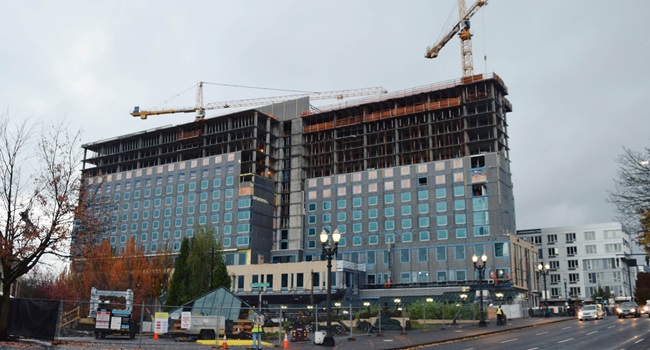 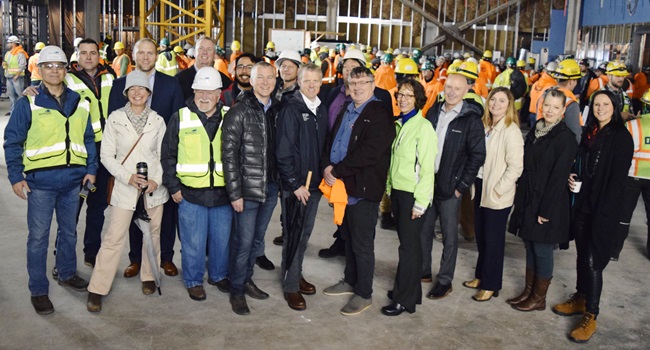 For more information about the hotel, please visit:

The ceremony was held in a closed area of the jobsite when no construction was underway. Personal Protective Equipment (PPE) was not required for visiting guests within the confines of the ceremony area.