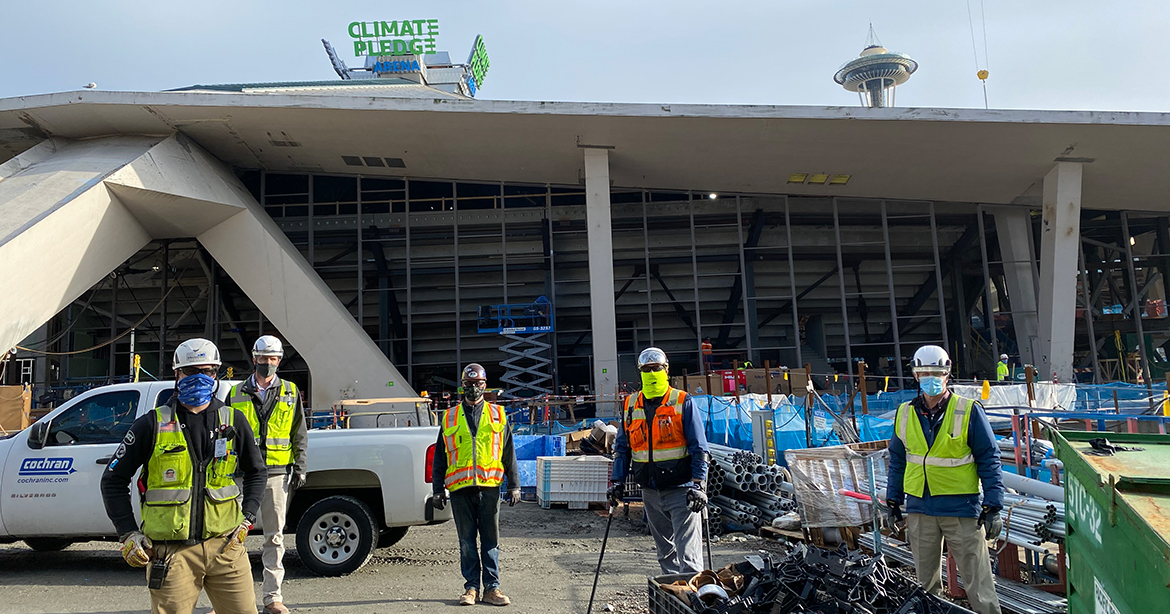 Family by choice is a great way to describe Greg Knutson’s close ties to Mortenson, his only employer—ever. The sentiment, strengthened over a career of 35 years, was handed down. Knutson is second-generation Mortenson. His late father worked there for 35 years, mostly as a superintendent.

The younger Knutson first worked for Mortenson as a field intern in the summer of 1978. But during summers beginning at age 12, Knutson traveled with his father, Ken, to Mortenson jobsites in the Minneapolis-St. Paul area, where he grew up.

Ken Knutson had wanted his son to get an advanced degree, but Greg had other ideas. “I didn’t finish college,” he says. Instead, he went to work for Mortenson.

Knutson credits his father with having imparted a “relentless” work ethic that has enabled his own career. “He was a traditionalist and an extremely hard worker,” he says. For example, after working two shifts a day all week in intense heat, his father would drive to a summer resort he owned in northern Wisconsin to work, with his son’s help, expanding the family house there.

During his first quarter-century with Mortenson, Greg Knutson, who rose up through the trades, worked on projects in 13 states before relocating from Los Angeles to the Seattle-area office, where he currently is field operations manager.

Two decades ago, in the City of Angels, Knutson cut his teeth on the mind-boggling Walt Disney Concert Hall. Mortenson not only used BIM to make sense of architect Frank Gehry’s nearly unfathomable forms, it began experimenting with 4D BIM, which adds schedule into the mix. Knutson has always been a big booster of using virtual tools to build a better mousetrap.

The concert hall project was the perfect preparation for the almost equally unfathomable $1-billion makeover of Seattle’s city-owned Key Arena, renamed Climate Pledge Arena. The job was risky due to the city’s mandate to support-in-place—rather than dismantle-and-return or replicate—the landmark roof. Work involved shoring the 44-million-lb helmet. It also involved protecting crews below it, laboring often in the blind and inc ramped quarters while they undermined roof supports to dig down and around for the mostly subterranean expansion of the sports and entertainment venue.

The exercise, which relied on top-down construction, turned out to be even more complicated than anyone anticipated. “When I went into this, I was thinking about holding the roof up, but that was just the beginning,” says Knutson, musing on the riskiest part of the job, concluded less than a month ago with the removal of the last piece of the $35-million shoring system.