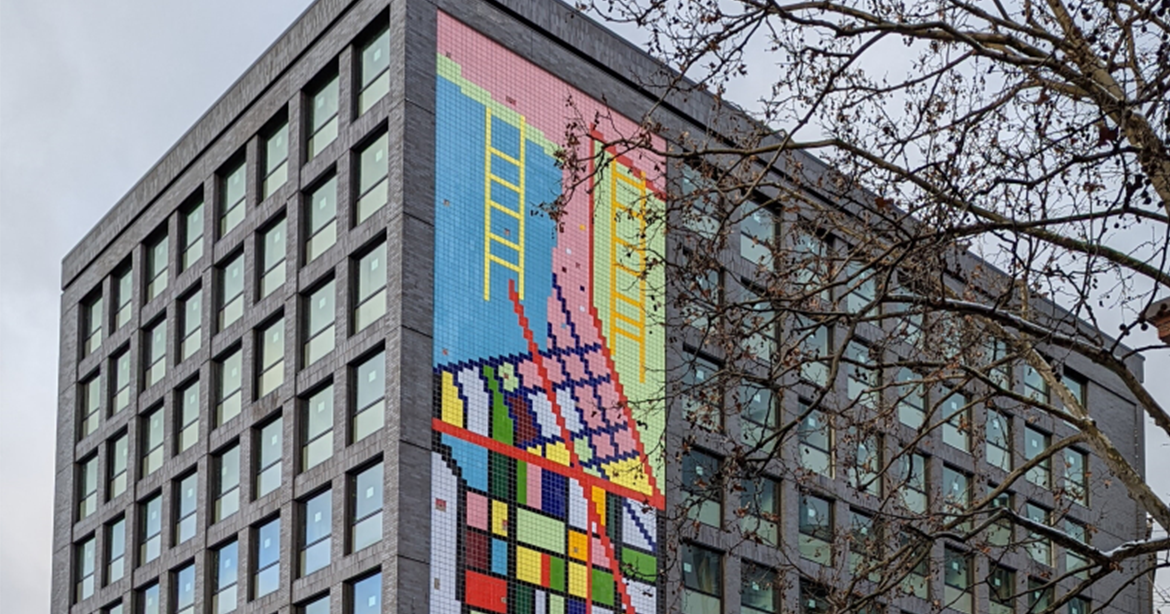 CitizenM last week unceremoniously unveiled — or was it the wind blowing off the tarp? — a massive mosaic mural adorning the Western Avenue side of its soon-to-open Pioneer Square hotel at 60 Yesler Way.

Tacoma artist Ryan Feddersen designed the mosaic, which she calls “Schema” on her website.

Mortenson, the project's general contractor, says on its website: “The mosaic incorporates aspects of the city's and Pioneer Square's history, bringing the look of indigenous bead-work and storytelling to a large scale through the use of over 5,000 6-by-6-inch porcelain tiles.”

CitizenM is known for integrating art into its properties' interiors and exteriors. Its first hotel in Seattle, at 201 Westlake Ave. N. in South Lake Union, opened in 2020 with the building's facade wrapped by a large art piece by Jesse LeDoux, a formerly Seattle-based art director of Sub Pop Records. Inside that hotel, Native American artist and Seattle resident Jeffrey Veregge contributed a large-scale tech-themed mural in his comic-book inspired style.