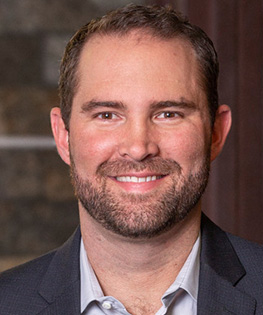 Since joining Mortenson in 2007, Brian has successfully filled roles of increasing responsibility on some of Mortenson’s most challenging and complex projects – and is currently part of the Phoenix leadership team as director of operations. Throughout his tenure at Mortenson, he has led teams across the nation in Minnesota, Nevada and predominately Arizona, as well as internationally in Shanghai, China.

As director of operations, Brian is responsible for oversight of construction and general operating activities, ensuring projects are properly staffed, and our customers’ expectations are fully met. He takes pride in being actively involved in projects, from start to finish, as well as creating a diverse and inclusive environment among the entire office and across all project teams.

Impacting the communities in which he works is a priority and core value, both personally and to Mortenson. Brian serves on the Board of Directors for the Phoenix Affiliate of ACE Mentor Program of America, Inc. and has been recognized by Engineering News-Record as a Top Young Professional.