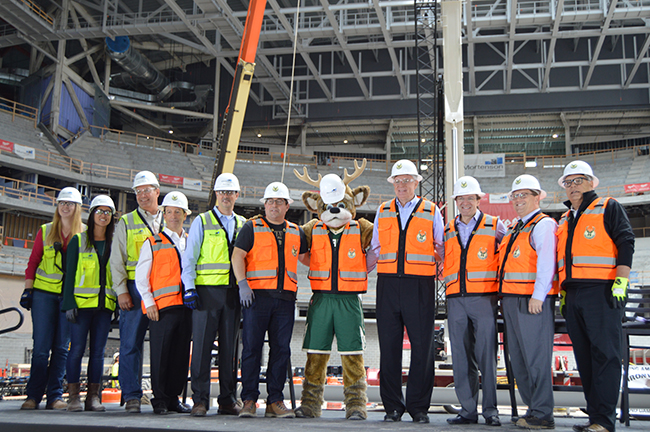 Construction on the Wisconsin Entertainment and Sports Center has come a long way since its ground breaking in June 2016. The project team, including more than 700 tradesmen and women, celebrated the topping off of the new Milwaukee Bucks Arena on August 24 – on time and on budget.

Over 1000 people attended the ceremony that included speeches from Milwaukee Bucks President Peter Feigin, Mayor Tom Barrett, Mortenson Senior Vice President & General Manager Derek Cunz, Project Executive Mike Sorge, and Senior Superintendent Denver Callahan. Soon after, the final steel beam was hoisted into place. The topping off of the final steel beam comes just four months after the first roof truss was put in place back in May 2017. The project is on schedule for completion in fall 2018.

Video of the topping off ceremony can be viewed here.