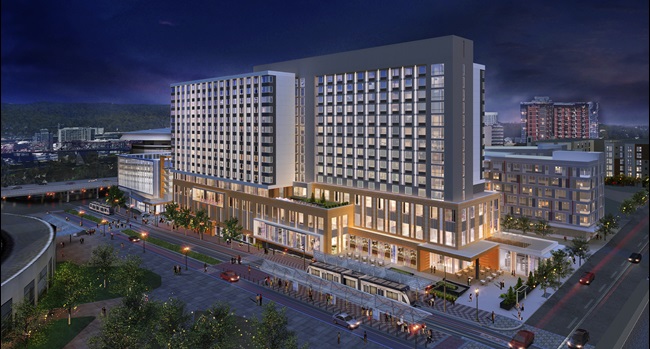 The Hyatt Regency Hotel at the Oregon Convention Center has been approved by the Portland Design Commission and is ready to move forward. The final findings and decision by the design commission detailed the long procedural history of the project:

The formal Land Use Review proposal was submitted June 2016, and since then, the OCCH & G Development Team has held several meetings with Staff and three Design Commission Hearings on August 18, 2016, September 29, 2016 and October 27, 2016 to develop the design. Over the course of this process, critical design issues have been successfully resolved, as well as Modifications to the Zoning Code being either reduced or eliminated altogether.

Construction is slated to begin in early 2017 and be complete by mid 2019.