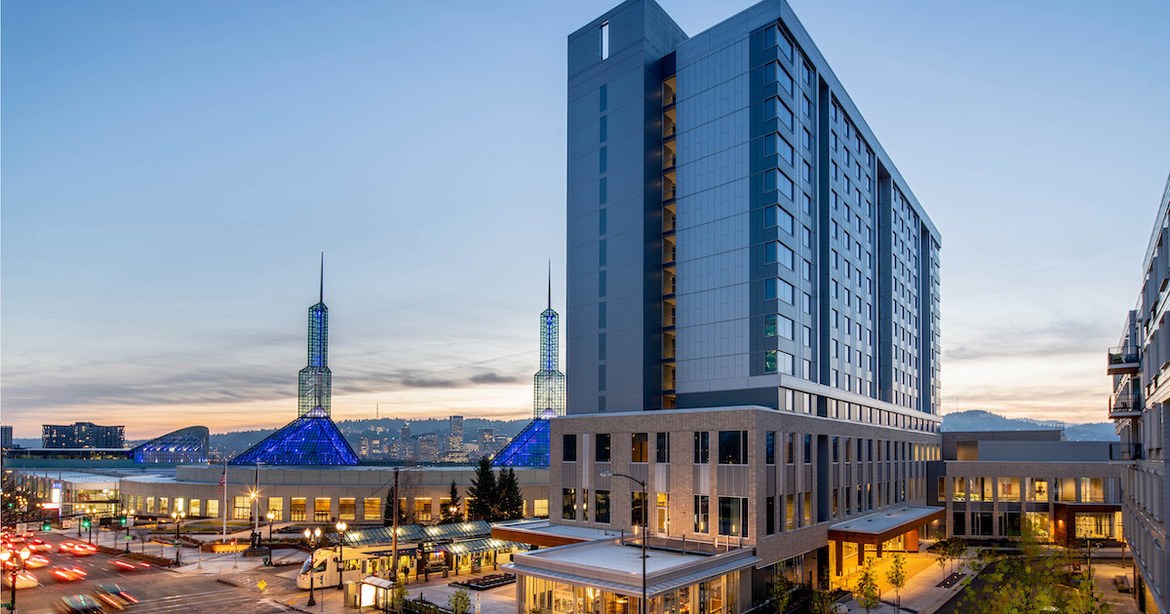 Congratulations to the Hyatt Regency Portland at the Oregon Convention Center for winning the Hospitality Development of the Year award!

The Hyatt Regency Portland at the Oregon Convention Center serves as a large and transformative project that will continue to strengthen Portland’s regional economy.  Mortenson saw this project as an opportunity to collaboratively partner with Metro, Prosper Portland, and Hyatt, to successfully deliver the hotel – an aspirational project that had previously been attempted on several occasions over the past three decades – so that Portland could host larger, and more frequent, conventions and events as well as have a positive impact on our local community.

The impact of a convention center hotel has already produced tangible results.  The Travel Portland sales team saw a 43.2% increase in bookings across all Portland hotels over the previous year. From July 1, 2017, to June 30, 2018, the hotel directly resulted in 25 future convention groups booking 129,863 rooms.  This increase in overnight bookings results in an estimated additional $650 million in annual convention-related tourism spending leading to the generation of $5.6 million in new state tax revenues and $4.7 million in new local tax revenues.

The project has been deemed a success across both public and private sector stakeholders.  The project opened ahead of schedule in December 2019, within budget and achieved LEED Gold certification.

The Hyatt Regency Portland at the Oregon Convention Center will serve as an economic engine and will continue to produce for the local and regional economy for years to come.