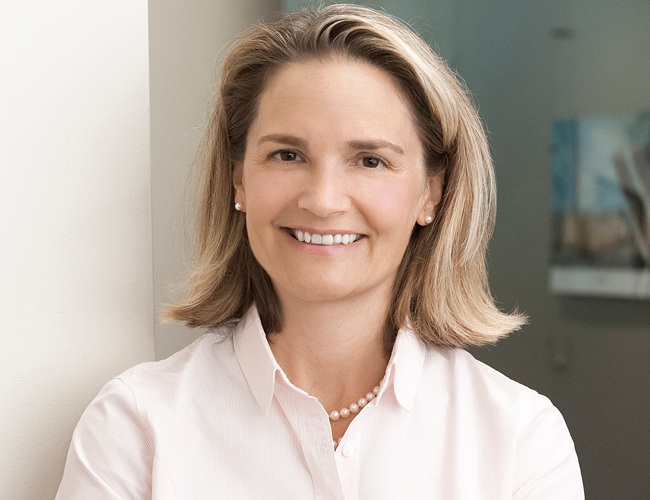 Mortenson, an ENR top-20 builder, developer, and engineering services provider in the U.S., is pleased to announce the promotion of Laura Leber to director of design phase management in Mortenson’s Chicago office. Laura will be providing design phase oversight to local projects and in leading the Chicago office design phase team.

Laura joined Mortenson in July 2012. As senior project manager, she was instrumental in the award and successful completion of the Chicago Bears Halas Hall Addition in Lake Forest, IL. The meaningful relationships she formed on that project contributed to Mortenson’s selection on the $80 million Chicago Bears Halas Hall Headquarters Addition and Renovation four years later.

“The trusted relationships that Laura develops with our customers and partners certainly sets a standard for all Mortenson team members to strive for,” said vice president and general manager, Andy Stapleton. “Her collaborative, customer-focused approach and her ability to maximize value through insightful analysis has earned her the respect of our customers and her peers.”

In 2014, Laura was promoted to design phase executive where she played an important role in the execution of multiple noteworthy projects. Having previously delivered successful projects for the University of Chicago, she returned to the campus to work on Mortenson’s award-winning Campus North Residential Commons design-build project with world-renowned architect Jeanne Gang. Laura then supported the preconstruction and onsite construction teams on the highly complex addition and renovation of Northwestern University’s Welsh-Ryan Arena, building on the trusted relationship she formed with the University during the preconstruction efforts on the Walter Athletics Center.

Throughout her career, Laura has developed unparalleled expertise in a wide variety of market sectors and construction delivery methods. She has contributed to the success of several high-profile projects in the corporate, healthcare, higher education and cultural markets. Laura is a DBIA-certified professional.