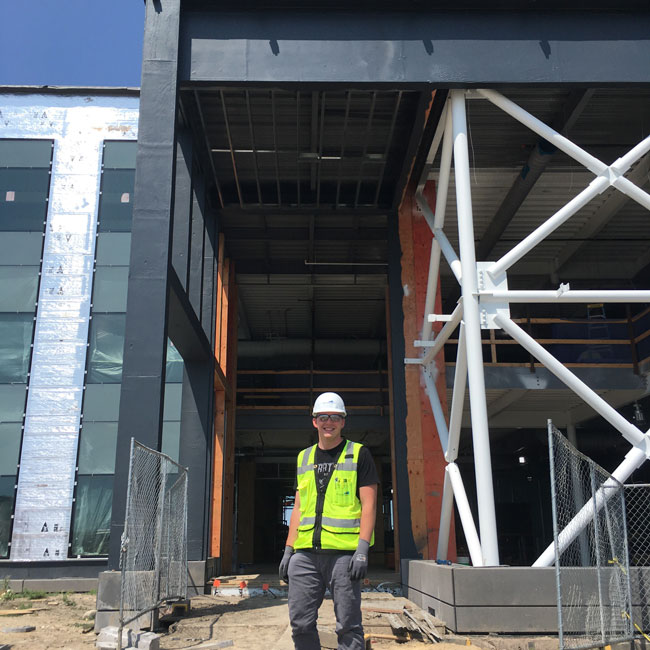 Nick Jensen is an intern on the Border States Electric (BSE) Branch Support Center. His primary focus has been on the North vestibule entrance details of the facility, as this is a complex area of the building. Nick has supported the gathering of contract details and assisting trade partners and Mortenson craft workers in understanding the project better. He has taken the lead on approving interior finishes and interior walls.

“I really enjoy working with the BSE project team. They listen to my opinions, rather than just dictating every aspect of the project,” said Nick. “They are open to my suggestions for possible fixes and changes and make me feel very welcome on the team.”

Nick is a junior at North Dakota State University (NDSU) studying Construction Management and his future goals include working for a family owned construction company in commercial construction after college. He is a member of NDSU’s Associated General Contractors (AGC) student chapter and will serve as president during the 2018-2019 academic year.

In his free time, Nick enjoys hunting and fishing, playing pond hockey in the winter, skiing and tubing in the summer, and spending time with friends and family at his uncle’s lake cabin. He also wants to make a name for himself in wood working with building model cars, planes, and boats.