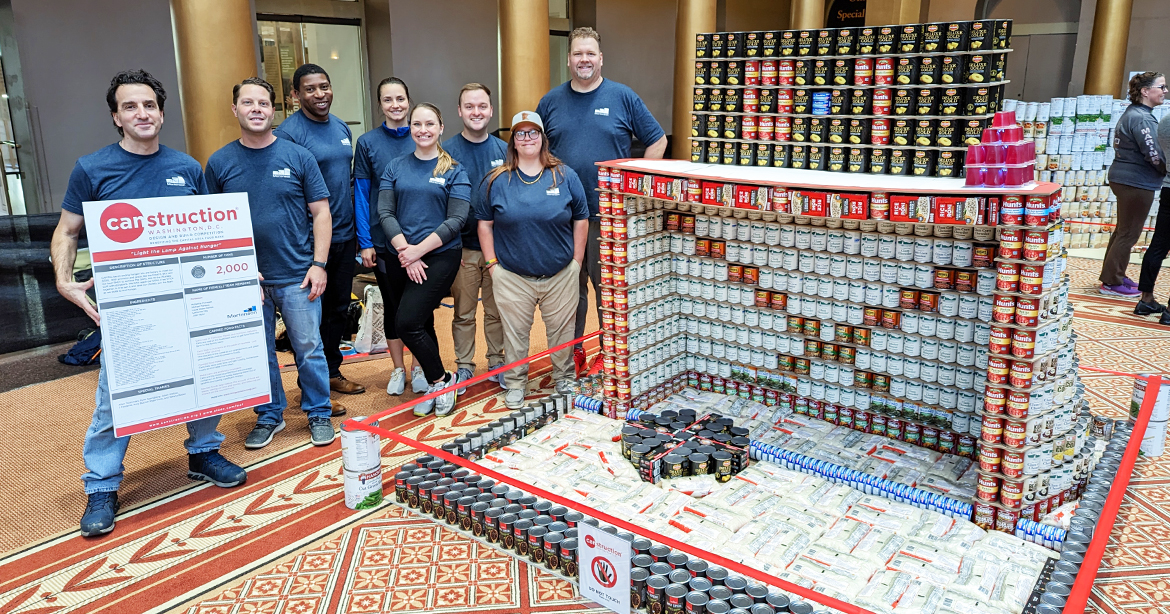 On Sunday November 20, 2022, the Mortenson team gathered at the National Building Museum to give back to the community in a constructive, creative way.  The team of Ryan Cook, Catherine Ellis, James Jordan, Michael Maresca, McKenna Mohagen, Peter Morano, Ryan Spangberg, Josh Taylor, and Laura Wake-Ramos built a structure out of non-perishable food items as part of the annual National CANstruction Competition organized by the Washington Architectural Foundation.  Teams from architecture, engineering, and construction companies designed and built structures themed as “Sports: Score One Against Hunger” that will be donated to the Capital Area Food Bank.

CANstruction is a charitable organization founded in 1992 to raise awareness about hunger.  Today, there are competitions held across the United States from Honolulu, HI to New York City.  Nationally, CANstruction raised over $354,796 and donated over 394,639 pounds of food in 2021.  Over the weekend the Washington, D.C. event reached the highest participation at any location with 38 teams, and donated 82,873 cans to the cause.

The Mortenson design is titled “Light the Lamp Against Hunger,” referring to the lantern lit in a hockey game when a team scores.  In this case, the home team of Washington, D.C. won a point against hunger.  The Mortenson CANstruction included a scoreboard, a glowing LED-Jello lantern, and an ice rink made of white rice. 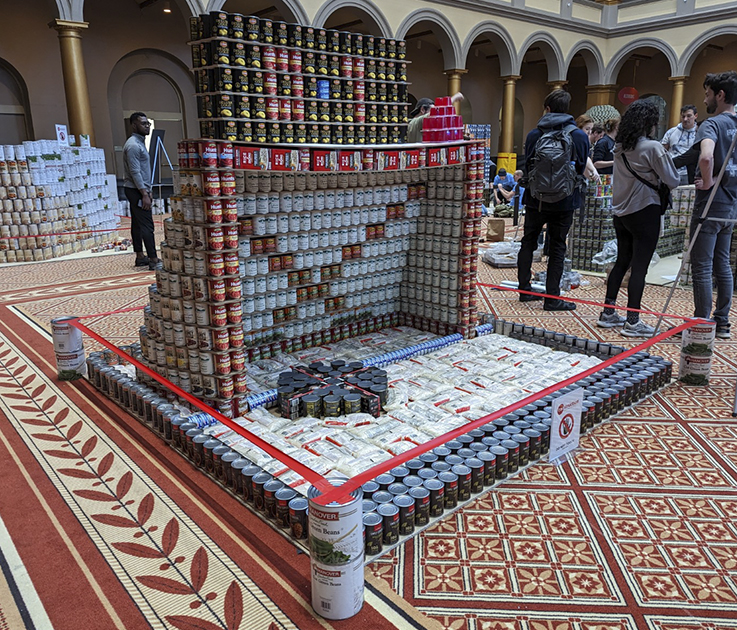 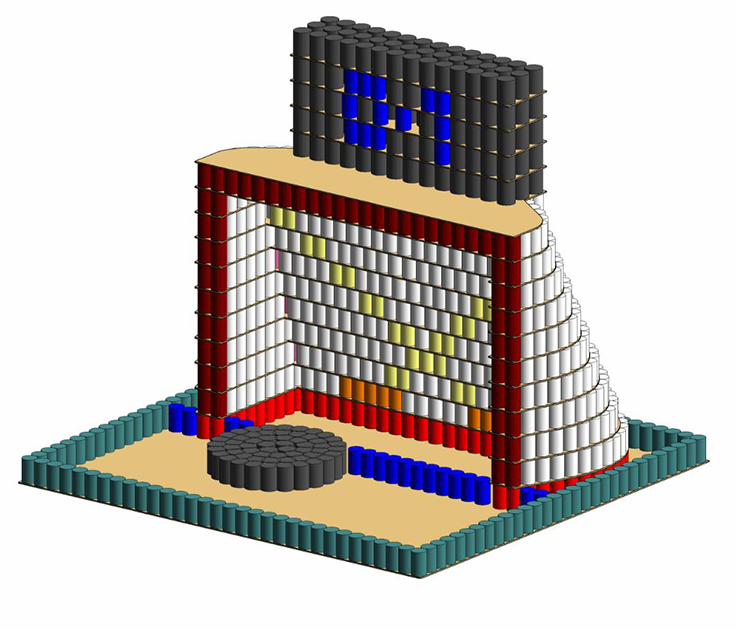 While a seemingly easy task with simple building materials, the team was challenged to build a legal-sized hockey net with 2,000+ cans in under 6 hours.  The Mortenson design-build team was comprised of a variety of expertise, including estimating, design phase management, virtual design & construction, and project management.  The design and VDC experts on the team created a 3D design model in Revit that color-coded cans by type.  The quantities of cans were calculated in the model for estimating to purchase the material and quantify cans by level.  Drawing documents for the build day consisted of floor plans, elevations, and perspective views of the color-coded cans.  Applying 5S principles, the team  expedited the build within 2 hours and 45 minutes with Zero Injuries!

Other teams at the Washington, D.C. event built structures of an 8-foot FIFA World Cup, a life-size Foosball Table, and a miniature Washington Nationals Stadium.