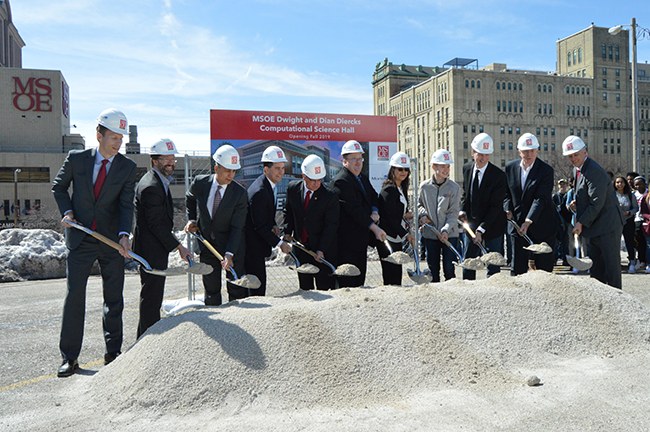 The $34 million project was funded by a generous gift from MSOE Regent and alumnus Dr. Dwight and Dian Diercks. The new building will help position MSOE as a national leader in the education of next-generation technologies such as artificial intelligence, cyber security, and cloud computing.

After the event, a tweet from Scott Walker stated, “Honored to take part in the groundbreaking of the Dwight and Dian Diercks Computational Science Hall. This will put MSOE at the forefront of artificial intelligence and other technologies.”

The facility is expected to open in Fall 2019.