Our Phoenix team members Cherilyn McCabe and Karla Yanni volunteered at the Native American Basketball Invitational (NABI) event last week. NABI is a Native American basketball tournament held in Maricopa, Arizona. From New Zealand to Alaska, over 1,600 students participated in the basketball tournament. The tournament is set up to allow the students to showcase their athletic abilities to college recruiters, expose them to a college fair, and to meet tribes from all over the world.

Cherilyn and Karla both volunteered throughout the 7-day event assisting with the organization of selling raffle tickets during the Phoenix Mercury game, directing crowd control during team check-ins and the championship game, organizing game packets, and presenting the winners with their medals and trophies. Cherilyn described volunteering with NABI as "a great opportunity to be part of this organization and to see the eager faces of these young athletes who desire to play a game they love so much." Both team members connected with volunteers all over Arizona, creating new friendships who share the same philanthropic attitude. 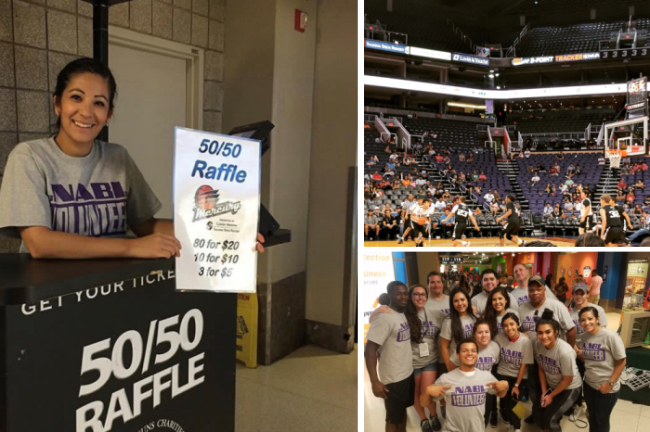 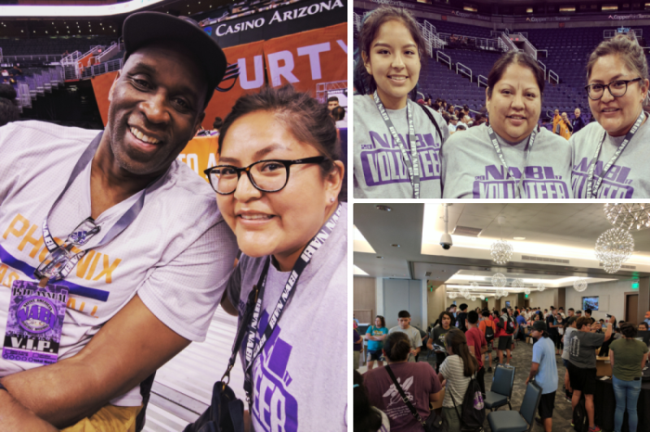 Additionally, GinaMarie Scarpa, President and CEO of the NABI foundation, was grateful for Mortenson's volunteers and donation!  She is looking forward to building relationship with Mortenson and is gearing up for the foundations upcoming events.  Thank you Cherilyn and Karla for sharing your time with the Native American community.