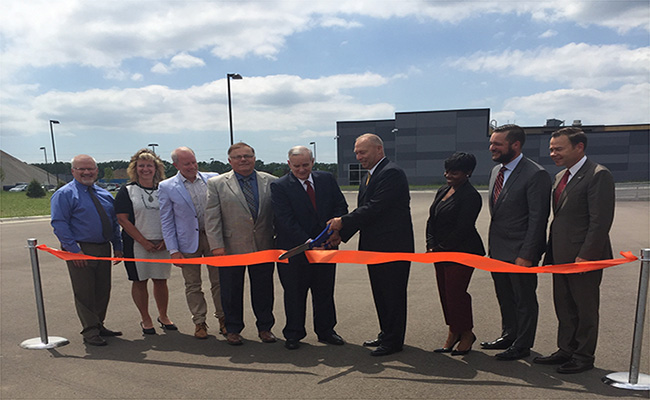 Designated as a U.S. Environmental Protection Agency Superfund site, the 122-acre  home to the former Northern Pump Company has a rich history combined with a bright future, thanks to significant efforts by the developer, contractor and local and state government officials.

Today, rigorous environmental testing and cleanup efforts have resulted in a majority of the site being de-listed from the federal Superfund list and turned this brownfield site into a sustainable, state-of-the-art business park that will continue to enable business development within the local economy.

The redeveloped site features a modern, sustainable design and LEED-ready construction, rail access and fiber connectivity.  In a nod to its history, the site has retained the original smokestacks that display the Navy E awards received during World War II. Northern Pump was one of the few sites to receive seven Navy E awards for excellence and efficiency.