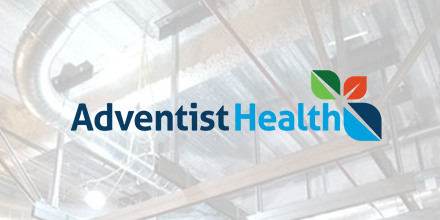 Mortenson recently completed a complex healthcare imaging project for Adventist Health. Our healthcare team jumped in early after selection to support the project’s design phase and to prepare for construction to kick-off in January 2018. One of the early and most significant challenges identified in design-phase was an existing condition: the 40+ year old hospital’s electrical switchgear and infrastructure were convoluted and dated.  As the design-phase progressed, Mortenson collaborated with partners Christenson Electric, Interface Engineering, PKA Architects and our Customer, Adventist Health, to develop a multi-option risk matrix for selection of the applicable critical power tie-in process.  The best option (which the team selected) involved a complex, planned power outage that involved turning off all critical power outlets to six operating rooms, four major pieces of imaging equipment (3T MRI, Hybrid OR and two Cath labs), half of the Emergency Department, a Cardiovascular ICU, Cardiovascular patient rooms, the building’s nurse call system and other various Omni Cells and Med Fridges.

Due to the major systems and spaces impacted, Mortenson led the project team in researching, refining and pre-planning the critical power outage to minimize the impact and risk to patient care and the entire hospital as a whole.  We completed walkthroughs of the existing switchgear, pathways, IT closets, tenant spaces (including labs and pharmaceutical mixing spaces), OR’s, clean-cores, Cath Labs, MRI rooms, elevator equipment rooms, and even the Life Flight Helipad areas.  To minimize the impact on patients, staff, and facilities, additional power feeds were installed for the MDF/ IDF UPS and the critical power lighting circuits. Temporary power cords were installed to power medical equipment in patient care areas via normal power circuits.  Significant portions of the make-ready work in advance of the outage had to be completed off shift, and the primary outage had to be completed on a Sunday from 4 a.m. to 10 a.m., as this is the lowest census window of time for the customer.  Leading up to the outage, the project team ensured that weekly notification was sent starting one month prior to the outage and all stakeholders were looped into the planning process months prior to the outage.

As a result of three months of pre-planning with thorough research and collaboration, the critical power outage was completed without any supersizes and is an overwhelming success story for the project.

The major achievements as a result of the planned power outage included:

In any occupied facility healthcare project, it is important to get involved early, engage with all stakeholders for input, research and collect essential information and manage risk associated with all work. The project decision-making process and preplanning is standard operation for all Mortenson work.