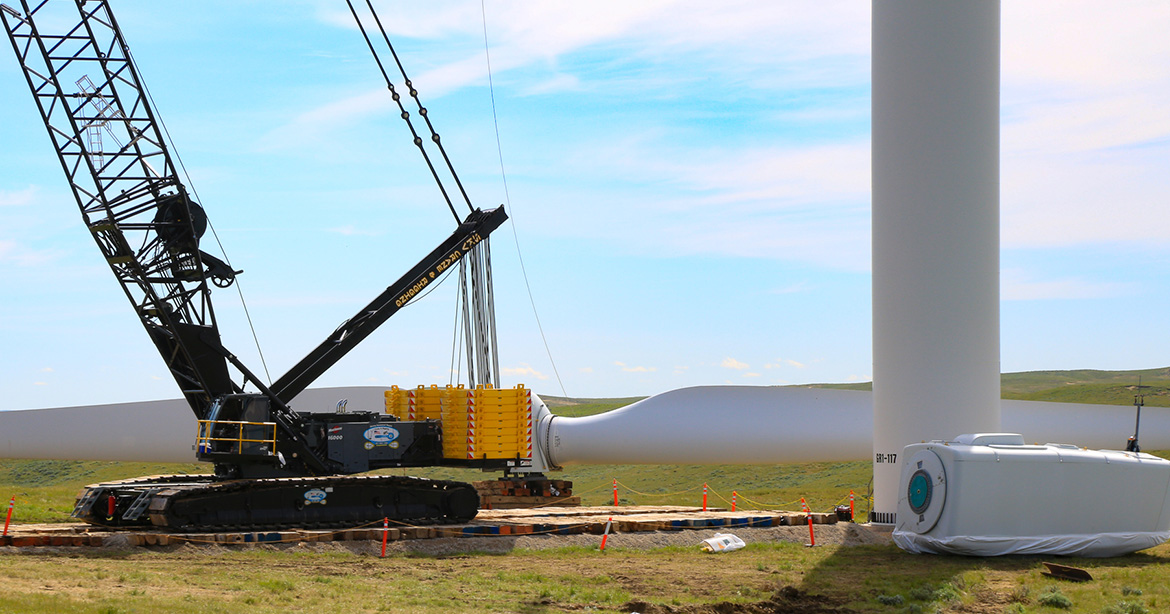 After decades of rapid industry growth, many of the optimal wind energy generation sites within the United States have been developed. Now what? The solution lies in repowering existing wind turbines as many of the first major utility-scale wind farms were developed 15-25 years ago in some of the best places within the United States for wind resources. It’s also becoming a more economically viable solution.

Wind turbines require regular maintenance throughout their life span. Components such as generators and gearboxes can be upgraded or replaced as they wear out or technological advancements become available. Routine maintenance and the replacement of particular parts with new technology will increase the efficiency and longevity of existing turbines.

Facility owners have the option to partially repower or fully repower a wind asset. With a partial repower, most commonly nacelles, drivetrains, or generators (or a combination) and blades are replaced on the existing tower. This can increase the overall power output of the existing facility while extending the turbines’ lifespans and incorporating the latest technological advancements.

Multiple factors weigh into the decision between full and partial repowering, such as asset age, condition, and location of the existing turbines, as well as project agreements such as the Power Purchase Agreement (PPA) and Interconnection Agreements.

A lesser-known requirement of repowering is foundation upgrades. With larger components and rotor diameters, greater foundation strength may be required. This can be achieved through engineered retrofitting techniques without replacing the entire foundation. The scope of foundation upgrades can be evaluated to meet the requirements of the new turbines that will be operating.

“We can provide actionable insights to owners looking to determine the best path for their aging assets. We understand that there are various economic and technical considerations when deciding to partially or fully repower a wind facility,” said Todd Bell, Vice President of Project Development for Mortenson’s Wind Energy team. With early engagement, owners can advance on the right path for their business, while we continue to work alongside them to reduce cost and schedule uncertainty.

With many turbines throughout the United States reaching the end of their life expectancy or using obsolete technology that is no longer supported by the original equipment manufacturer, repowering has emerged as a way for owners to maximize asset performance. As a leader in the repowering market, Mortenson brings unmatched expertise, insights, and innovative solutions to improve the safety and quality of repowering projects.

For more information and to discuss your project’s needs, we invite you to connect with our team.