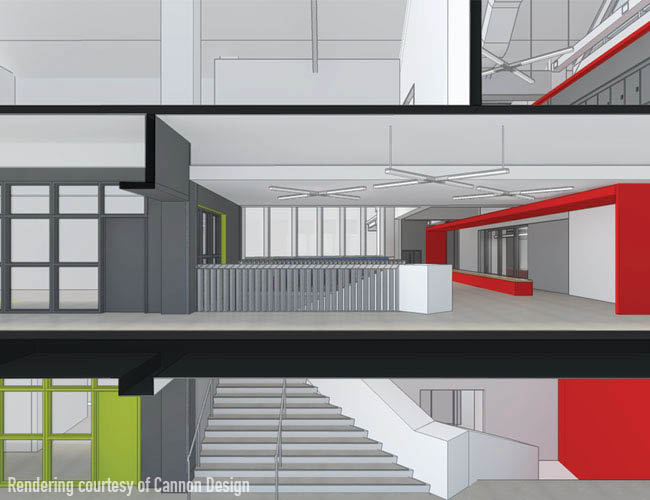 Already full of rich history, the Walter Netsch-designed Columbus Drive building at the School of the Art Institute of Chicago once acted as a sea wall to Lake Michigan prior to the creation of Lake Shore Drive. Now, the SAIC has embarked on the next chapter for the space, transforming the seldom-utilized, two-story auditorium into two levels of new studio space. Additionally, SAIC is taking advantage of the construction footprint to restore the aesthetics of the main grand staircase, to Netsch’s original vision, providing students with casual gathering areas not currently available. Mortenson Construction is the construction manager on the School of the Art Institute Auditorium Infill project in partnership with Cannon Design. 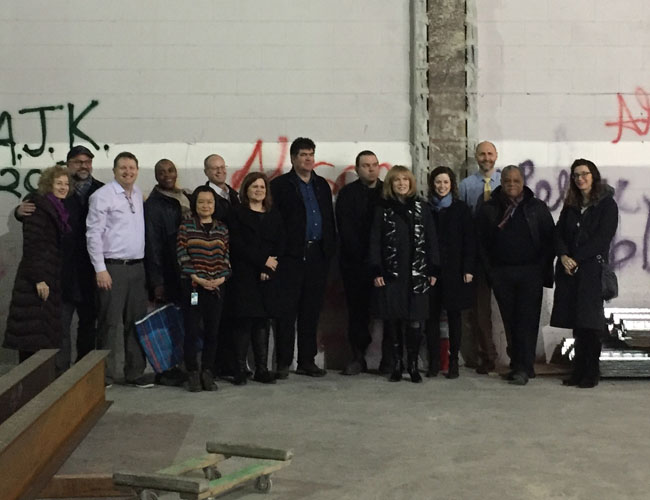 On March 28, a truly unique ground breaking ceremony was held: with no ground to literally break, Vice President of Campus Operations, Tom Buechele, still wanted to do something special to kick-off this exciting project. Considering the School of the Art Institute is known for some of the most creative minds, he suggested injecting a little artistic creativity into the event by enlisting those involved to “tag” the soon-to-be-concealed walls with spray paint. In that way, the President—Elissa Tenny—and her cabinet, the project team, and trade partners could all leave their mark. “The ground breaking was unlike any I have been a part of and it was fun to have everyone interact,” said Project Manager, Jason Dunlap. “The walls will act as a time capsule to those involved with future repurposing and construction projects for the building.”

Completion of this project is planned for the fall of 2017. 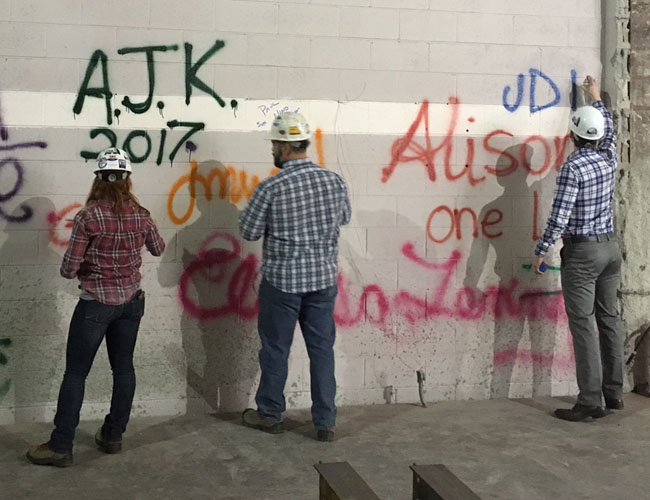