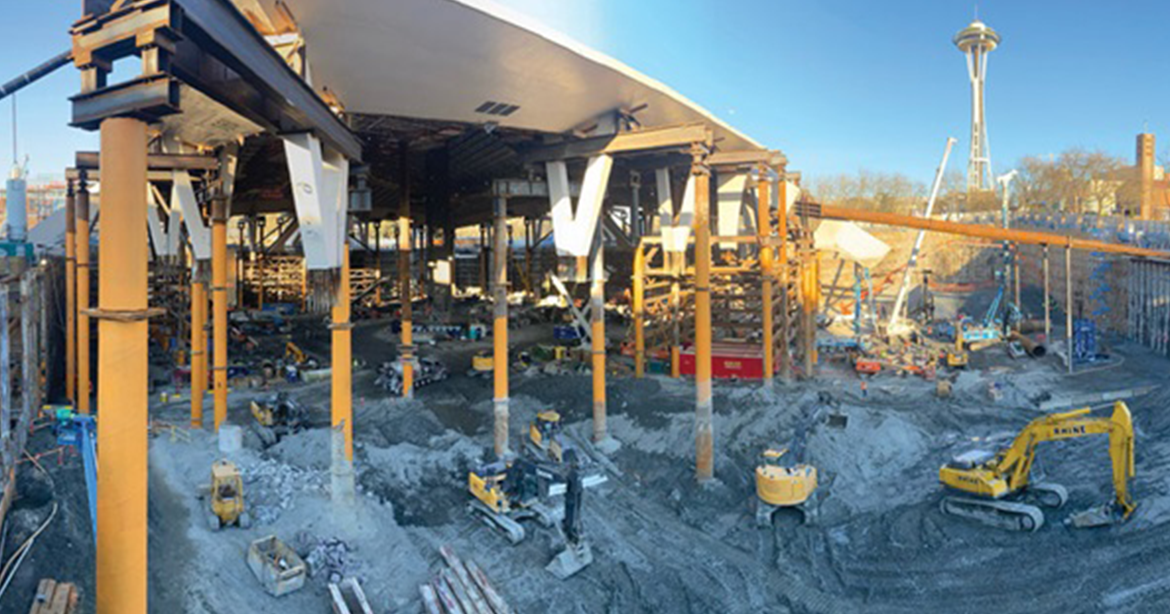 There was no greater symbol of the trust and collaboration required to build Climate Pledge Arena than the preservation of the building’s 44-million-pound historic roof.

A protected national and local historic landmark built in 1962 for the World’s Fair, the original roof had to be propped up for 13 months while the new arena was built beneath it. With nearly 90% of its load support cut off at any one time, the 400-foot-by-400-foot structure loomed over thousands of workers that filled the site daily. The shoring team, led by structural engineers Thornton Tomasetti and contractor Mortenson, had to believe in its work.

“Our temporary roof support team had an attitude of ‘we have to be right.’ There was a lot of trust,” said Greg Huber, Mortenson’s Climate Pledge Arena project executive.