to main content
Newsroom
NewsInsightsPodcastsVideosMedia Contact
News
Under tight deadline, Climate Pledge Arena builder went green and 'proved it could be done'
Mortenson's focus on environmental sustainability is unusual in an industry that's been slow to embrace it 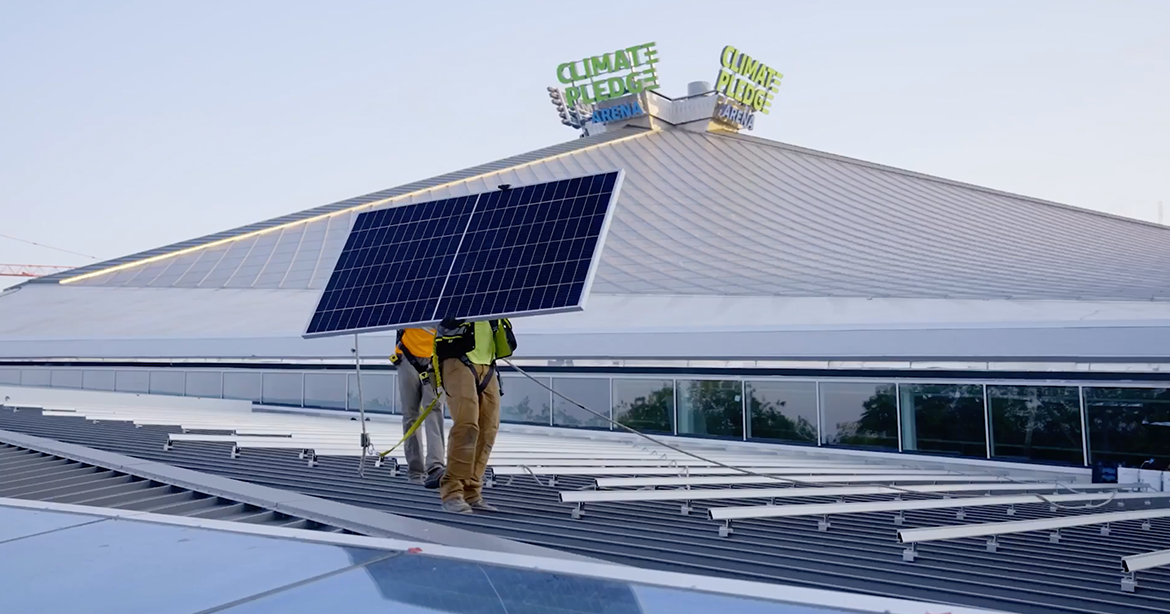 Mortenson's Seattle team was honored to receive the Puget Sound Business Journal Corporate Champion: Environment Award for our work on Climate Pledge Arena. Michael Harder, Vice President and General Manager of the Seattle Office, accepted the award and discussed how the inspiring team of customers, partners, and individuals embraced the challenge of creating the world's first carbon zero arena and achieved what others said was impossible.

"When Amazon bought the naming rights to the arena in June 2020, construction was already more than 15 months along.

So when the Seattle-based e-commerce giant decided to name the venue Climate Pledge Arena — calling for it to become the world’s first net-zero carbon certified arena — general contractor M.A. Mortenson Co. had to shift gears quickly, because while the project requirements changed, the project timelines had not.

"You know, there was plenty of that, 15 months after we started, ‘It’s too late. We can’t do it,’” said Michael Harder, a vice president and general manager at the Minneapolis-based company’s Seattle office. “We overcame all of those obstacles with a lot of effort, but proved it could be done,” Harder said.

The arena, which opened in October, has a long list of green attributes — starting with reuse of the roof — but Harder said the most “impactful” is its reliance on electric power “in a way that had never been done before. It’s pretty fantastic and we’re really proud to have been a part of that.”

Summing up his thoughts on the company’s recognition for its work on Climate Pledge Arena, Harder said, “This was a huge project that so many people participated in, and we accept the award on behalf of all of them.'”