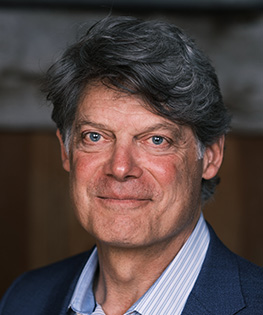 As the Vice President and General Manager for Mortenson’s Seattle office, Michael has demonstrated outstanding leadership, and a commitment to team member development, customer service and operational excellence that has made him a trusted partner to our customers and mentor for many of our team members.

Michael joined Mortenson in 1994 on the Northridge Mall project. He then worked for a brief time in the Seattle office on the Federal Detention Center project before relocating to San Francisco to lead the seismic retrofit of our Kaiser Permanente Hospital project. Michael returned to Seattle in 2000 to aid in operational oversight of the office. His business development acumen quickly became evident and he was tasked with developing a healthcare business in Seattle. In 2006, Michael led our pursuit and acquisition of Seattle's first alternative delivery healthcare project for Group Health. Within a short period of time, Mortenson became a leader in the Seattle healthcare market with awards from Providence, Swedish and Central Washington Hospitals, all under Michael's leadership. Each project was very successful and is a testament to his ability to provide an exceptional customer experience. In recognition of his accomplishments, Michael was named general manager of healthcare for the Seattle office in 2006.

In 2018, Michael was promoted to General Manager of the Mortenson Seattle office. Under his leadership, the team has continued to focus on providing an Exceptional Experience for clients  and has been awarded two of the region's most significant projects – the Climate Pledge Arena for the NHL's newest team, the Seattle Kraken, as well as the Swedish First Hill Transformation Project. Michael continues to lead the team to a more sustainable future with an intense focus on prefabrication, modular construction, CLT Mass Timber, and carbon sequestration.

Michael received his Master of Business Administration degree from Pacific Lutheran University in 1990 and his Bachelor of Science degree in Construction Management from Washington State University in 1986. Michael has 28 years of industry experience, and he is a LEED Accredited Professional as well as a Design-Build Institute of America Associate.