Hand-carved by local artist Doug Hyde, a stone sculpture depicting the Roosevelt Dam was placed in what will be the new grand entrance of SRP PAB. 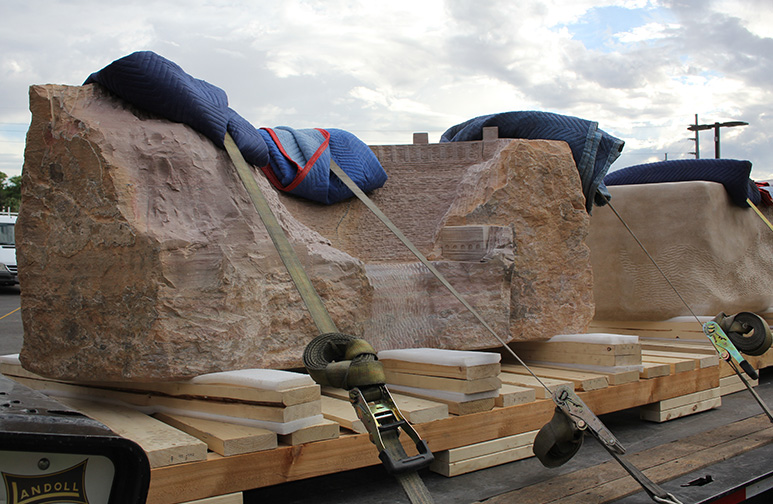 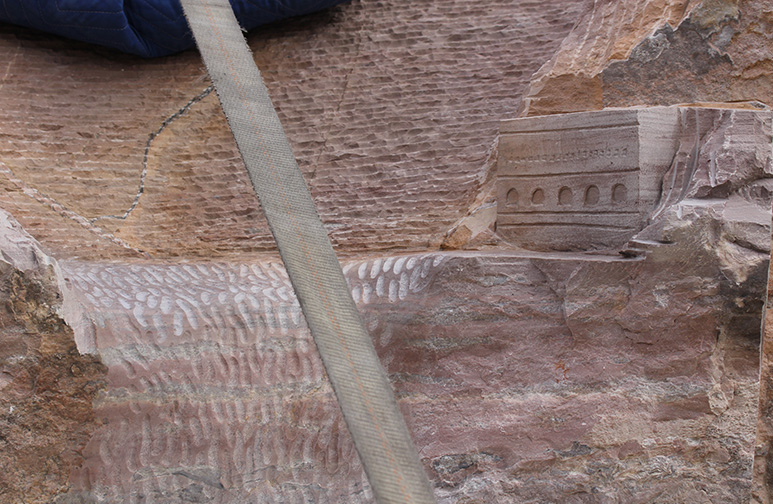 History of the Boulder: The boulder used for the sculpture was obtained from the dam in 1996 during a renovation that was meant to increase storage capacity. At that time, most of the stones, bigger than a bale of hay, were tossed in a wash a few miles from the dam. However, one stone was placed on the front lawn of the Roosevelt PERA; this stone was to become the sculpture.

“This sculpture is a statement honoring SRP. It speaks to our past, and it pays tribute to those who constructed the original dam in 1911, as well as those who completed the 1996 renovation.”
Teresa Pond, Executive Liaison 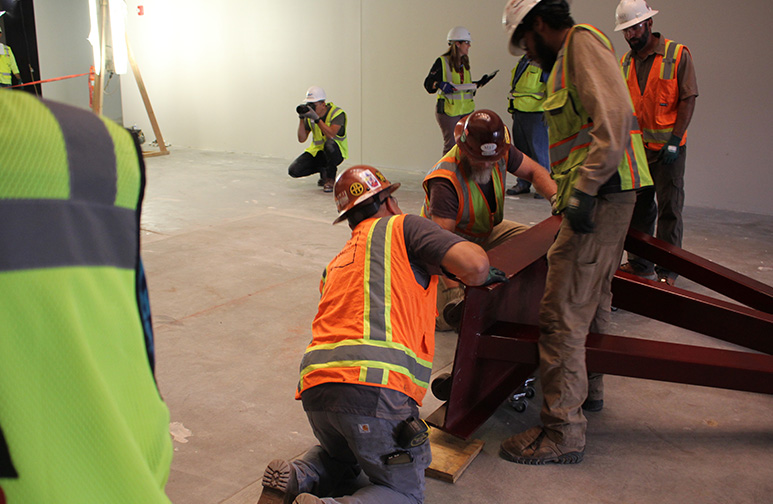 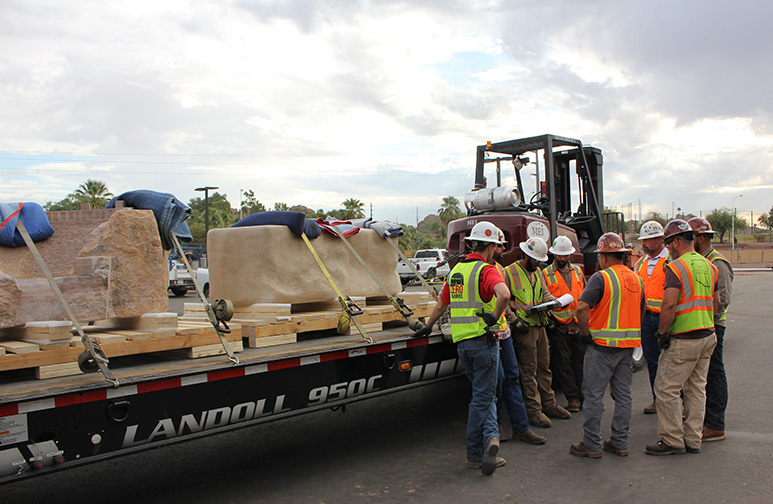 The sculpture will make its debut on December 7 at an open house showcasing SRP’s new Project Administration Building. The building, originally constructed in 1954, houses 1,100 SRP employees and is currently under construction. Since 2012, the Mortenson - Corgan design-build team has partnered with SRP on renovations to their campus to accommodate their growth plans. For more information on this renovation, click here.

For more information on the history of SRP visit SRPnet.com.