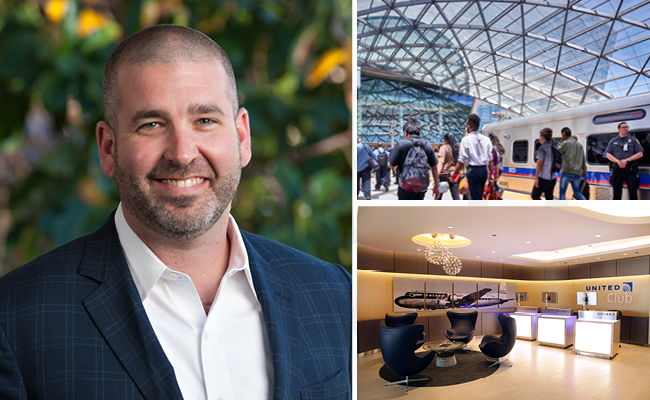 Mortenson continues to grow its national aviation business and has hired MacAdam Glinn, Esq., LEED AP as General Manager of Aviation. Glinn, based in Chicago, is spearheading efforts to expand the company’s construction projects at U.S. airports, including work directly for the airports, with air carriers, and with specialty aviation contractors.

Mortenson’s strength in large-scale, complex new construction and renovation projects has continually been a driver for it being selected for work in the aviation market. Mortenson has extensive experience meeting logistical and operational challenges common to aviation projects, including working in occupied facilities and minimizing impacts to on-going operations. Its teams also have specific expertise in managing projects with multiple stakeholders, such as the federal, state, county and local government agencies involved in aviation work.

Market demand also is growing as airports and airlines increase investments in their facilities and infrastructure. The Airports Council International-North America estimates that nearly $100 billion needs to be spent on infrastructure between 2017 and 2021 to accommodate growth in passengers and cargo, renovate facilities and support aircraft innovation.

“As Mortenson’s portfolio of aviation work continues to grow, we continue to make strategic investments that will energize our business for the long-term. To that end, we’re delighted to welcome MacAdam Glinn, a highly-regarded aviation construction expert who brings extensive business development and operating experience in the industry, to help fast-track our growth in this market,” said Dan Johnson, president and CEO, Mortenson.

Before joining Mortenson, Glinn most recently served as Senior Vice President of Skanska’s South Florida operations, overseeing their business across market sectors in that geography. Prior to that, Glinn spent four years as a part of Skanska’s Aviation Center of Excellence (COE) executive leadership team, eventually becoming their National Aviation Director, where he helped manage projects at 10 airports across the country. Previously, he oversaw all aviation construction business development and contracts across the United States for Parsons Transportation Group.

He holds a Bachelor of Arts in English literature from Kenyon College and a juris doctorate from Florida International University’s College of Law, is a member of the Florida and District of Columbia Bar Associations, and has extensive government, procurement, and construction law experience.

“Mortenson is uniquely positioned to grow exponentially in the aviation market, and I am thrilled to have this opportunity to play a central role in making that happen,” said Glinn. “In addition to its proven track record on complex aviation projects, as well as numerous successful mega projects in other markets, Mortenson brings relevant skills and rare expertise from other industries including data centers, renewable energy and high voltage transmission. Similarly, Mortenson’s industry leadership in the use of innovative construction techniques and tools including Lean, prefabrication and virtual reality, sets us apart and gives us a platform to attract additional aviation business.”