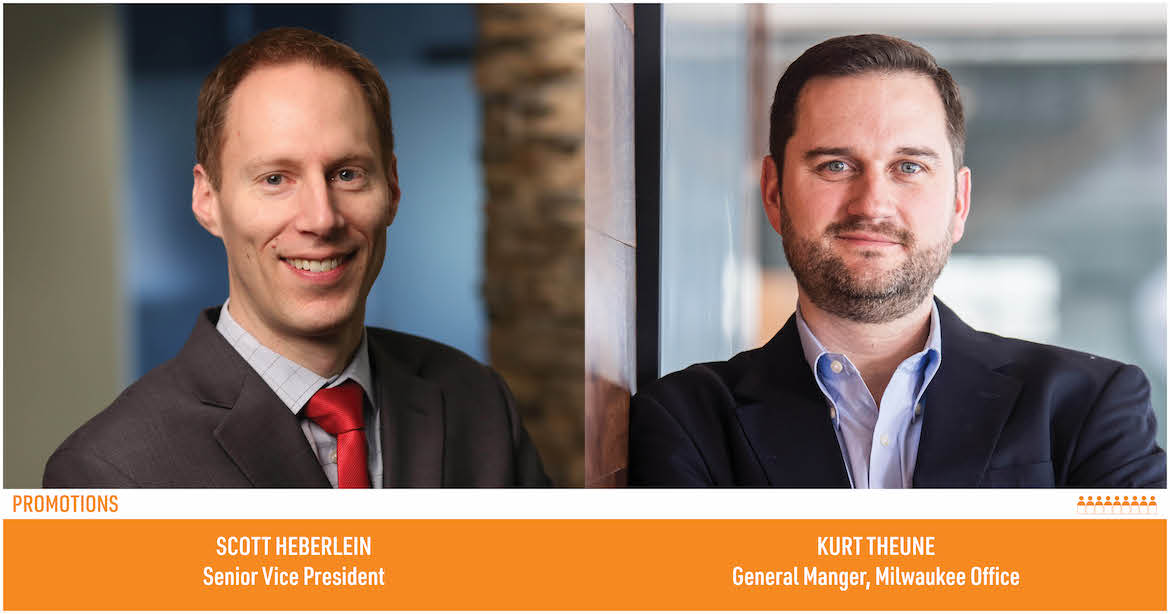 Heberlein, who started his career at Mortenson as a field engineer more than 20 years ago in Milwaukee, will join Mortenson’s senior leadership team and will oversee Mortenson’s Milwaukee and Chicago offices as well as other functional areas companywide. He has provided leadership for numerous projects in Wisconsin, as well as projects in Texas, Illinois, Indiana, Ohio, North Carolina, and Massachusetts.

For the past six years, Heberlein has served as vice president, general manager of Mortenson’s Milwaukee office, during which time he was instrumental in overseeing the successful completion of Fiserv Forum, home of the 2021 NBA Champion Milwaukee Bucks.

“Scott is a proven leader and has demonstrated a commitment to Mortenson’s values,” said Dan Johnson, president and CEO of Mortenson. “He has maintained a strong culture in our Milwaukee office and has a steadfast commitment to the success of our projects. These traits have made him a trusted partner to our customers and mentor for many of our team members.”

In his new role, Theune will lead day-to-day business for Mortenson in Milwaukee. He has worked full-time in the company’s Milwaukee office for nearly 20 years, during which he has transitioned from project engineer to project executive and recently as the director of design phase management. He has worked on many notable projects including the Columbia St. Mary’s Ozaukee Inpatient Expansion, the Harley-Davidson Museum, Saint Claire’s Hospital, Acuity Corporate Headquarters Office Expansion, as well as the Advocate Aurora Medical Centers in Sheboygan and Mt. Pleasant among others.

Mortenson is a U.S.-based, top-20 builder, developer and provider of energy and engineering services committed to helping organizations move their strategies forward. Mortenson's broad portfolio of integrated services ensures that its customers' investments result in high-performing assets. Learn more about the company at www.mortenson.com.