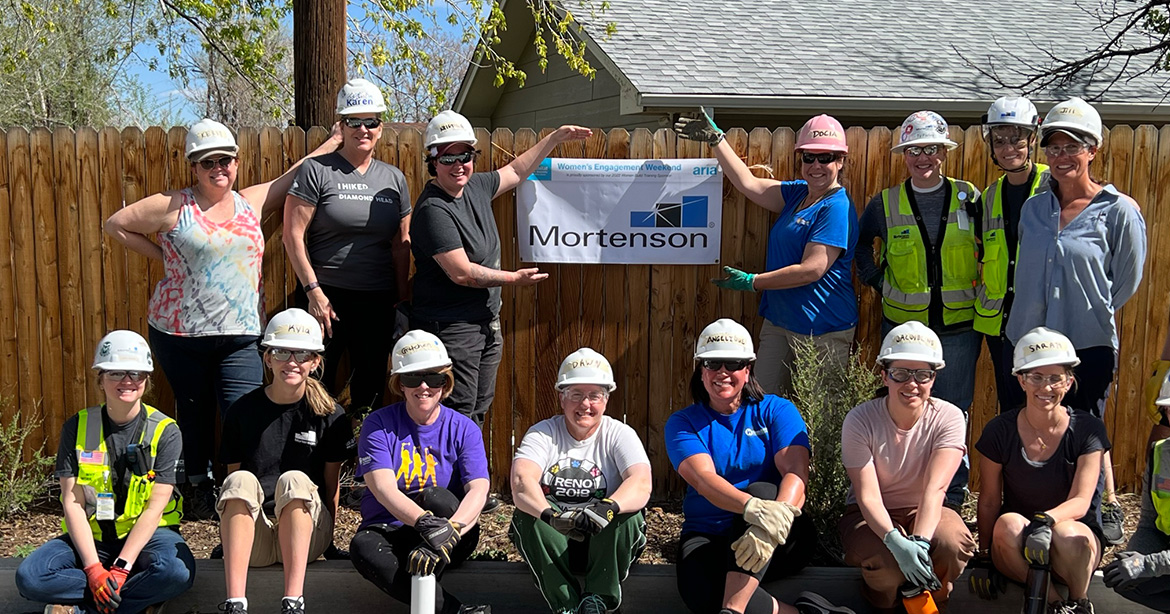 Mortenson’s Denver operating group launched a multi-year partnership with Habitat for Humanity of Metro Denver. Through the Women Build Program, Mortenson will provide essential training to women in construction and engage women leaders within Mortenson to become more involved with Habitat’s mission of building and preserving affordable homeownership.

“At a time when home prices are at an all-time high, the support of partners like Mortenson is more important than ever in helping us expand homeownership opportunities to lower income residents,” said Jeanne Fischetti, Director of Sponsorships with Habitat for Humanity. “Mortenson really approached this relationship as a collaboration. Together, we envisioned new ways to work together to support their goal of bringing more women into construction while advancing our goal of creating and maintaining affordable, stable housing.”

The Women Build program will involve a variety of activations including:

“We’ve long supported Habitat for Humanity through our team’s volunteer efforts, so we’re thrilled to be taking our support to the next level,” said Brian Fitzpatrick, Vice President and General Manager of Mortenson. “Mortenson is committed to removing the barriers that have long prevented women from entering and advancing in the construction industry. Our partnership with Habitat for Humanity will allow us to bring our skills as builders to bear in new ways while engaging more women in the process of creating much-needed affordable housing in our community.”

As part of Mortenson’s sponsorship of the Women Build program, the company will additionally donate $30,000 to Habitat for Humanity of Metro Denver. Plans are already underway for an expanded partnership in 2023.