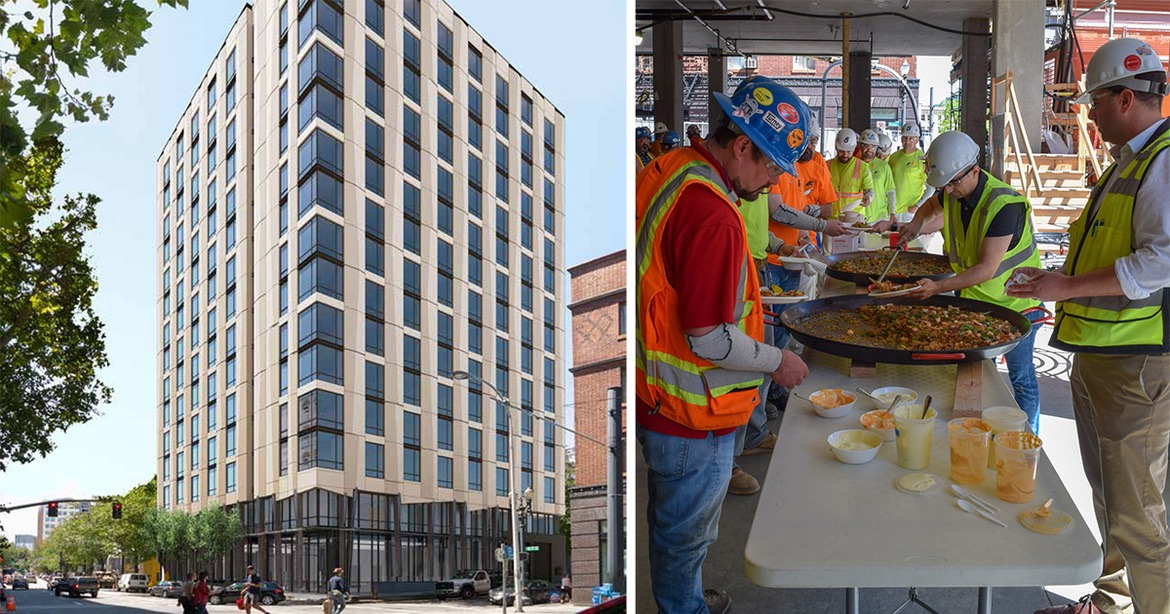 The forthcoming Hyatt Centric Downtown Portland hotel has gotten as high as it's going to get.

Last week, crews from Mortenson and others working on the project celebrated the topping off of the hotel.

Rising from the corner of Southwest 11th Avenue and Southwest Alder Street, the new hotel will offer 220 rooms, 3,000 square feet of meeting space and a restaurant and bar from a yet-to-be-named Portland restauranteur.  Mortenson acquired the property for the hotel from the United Way of the Columbia-Willamette in 2015.

"The property will be a dynamic addition to downtown Portland, serving as a local home base for visitors set on exploring all that Portland has to offer," said Dan Mehls, vice president and general manager of Mortenson in Oregon, in a release.