The SRP PAB Renovations and Improvements project team recently partnered with Sharing Down Syndrome Arizona, a local organization with over 3,000 families dedicated to educating, empowering and giving hope to individuals who have Down Syndrome. Todd Cheatham, Project Engineer Warren Cheatham's son, has Down Syndrome and kicked off the fundraiser by visiting the SRP project site and getting to know the team members. Over the course of the next 30 days, the team collected donations from Mortenson team members and local trade partners and ultimately raised a total of $9,260!

On March 28, Warren presented all the donations to Gina Johnson, the president of Sharing Down Syndrome Arizona, with an oversized check in front of the entire SRP project team. 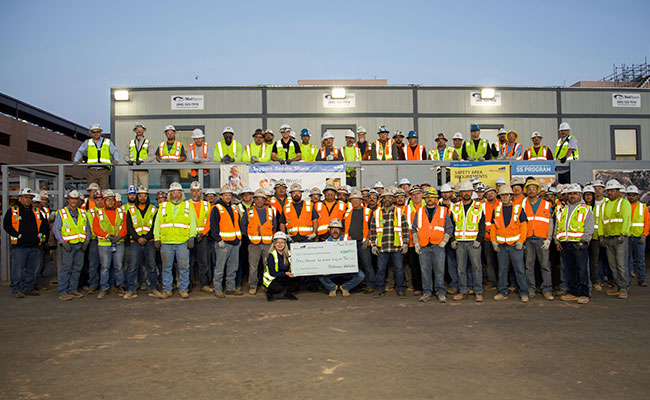 On leading the team fundraiser, Warren said, "I developed a personal relationship with two particular craft members that I would never have in any other way. Both of these craft workers have a child with Down Syndrome. We now have a special bond and frequently share pictures and videos of our children!" 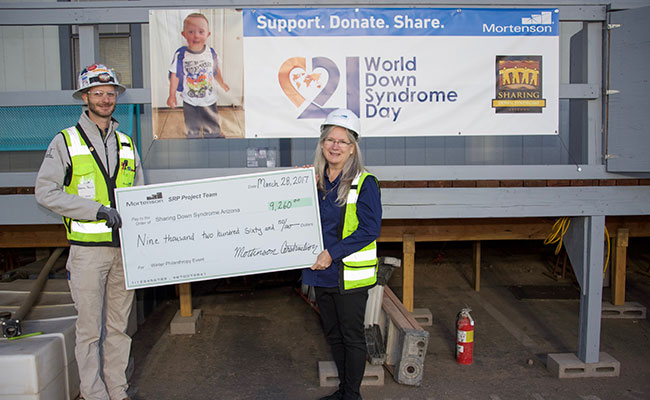