This 695,000 square foot project was delivered two months early and with a 4.5% cost savings, which was reinvested back into the project. The Judicial Center was built to serve as a 100-year building for the Colorado State Court system. Its design and construction honor the legacy of the state court system and while providing a facility that can accommodate the Court’s future. The $199M project (construction cost) includes a courthouse with two courtrooms for the Court of Appeals, a courtroom for the Colorado Supreme Court, the Colorado Supreme Court Library, and an educational civics learning center that features interactive exhibits showcasing the role of the American justice system. The project also includes a 12-story office tower, which is home to the state’s judicial and legal agencies.

The project involved the full demolition of two existing structures. The Judicial Center achieved energy efficiencies and is targeting LEED Gold certification. Some of its sustainable features include highly efficient elevators and lighting, as well as drought-tolerant landscaping. In addition, 40% of the external building materials from the previous court building were recycled into the Justice Center, and 78% of construction waste was diverted from landfills.

The design and construction team implemented an Integrated Project Delivery approach, leveraging collaborative team efforts of the architect, construction manager, developer, owner, and State to deliver the project two months early. By using three-dimensional virtual design and construction methods that included a building information model, the team was able to ensure that any conflicts were resolved before installation.

Public + PPP
Denver
It has been a true pleasure...of particular note are your advances in technology and integration of BIM with a majority of the subcontractors...your high standards for quality and your conscientiousness of design have been unparalleled in my 30 years of experience. It has been a sincere pleasure and honor to be on this team.
Martin Eiss, Project Designer
Fentress Architects 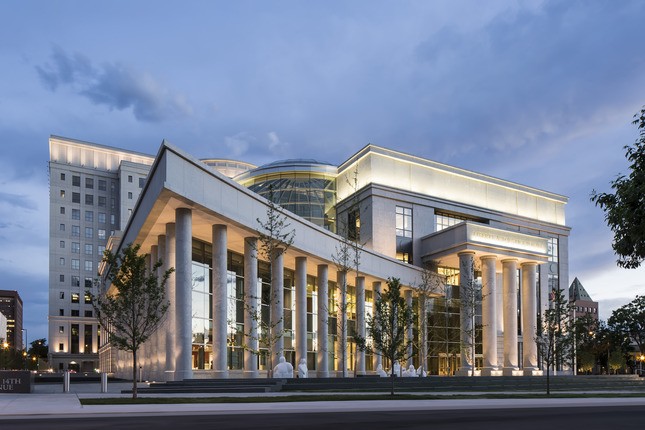 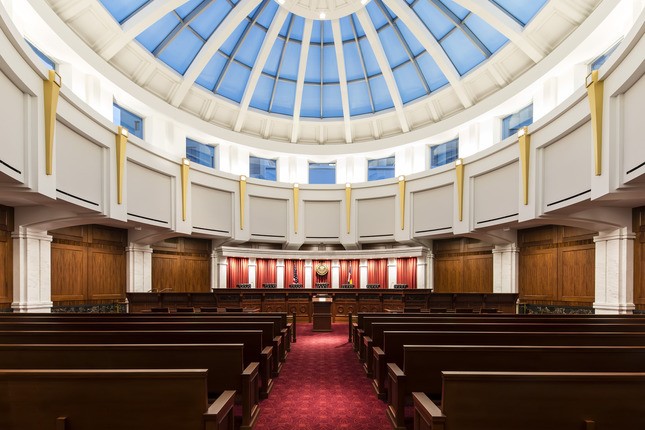 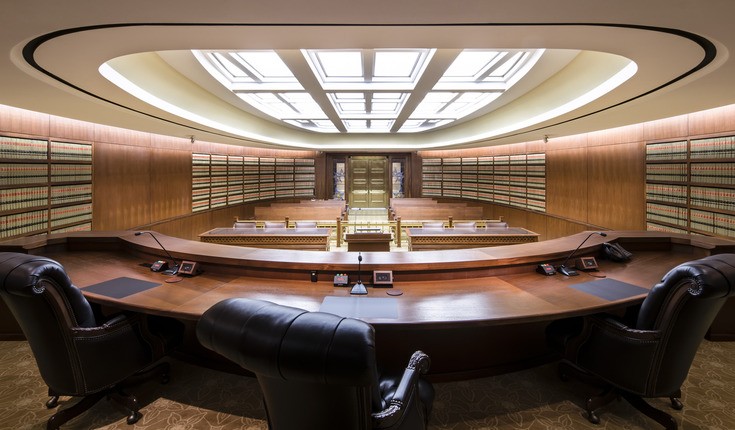 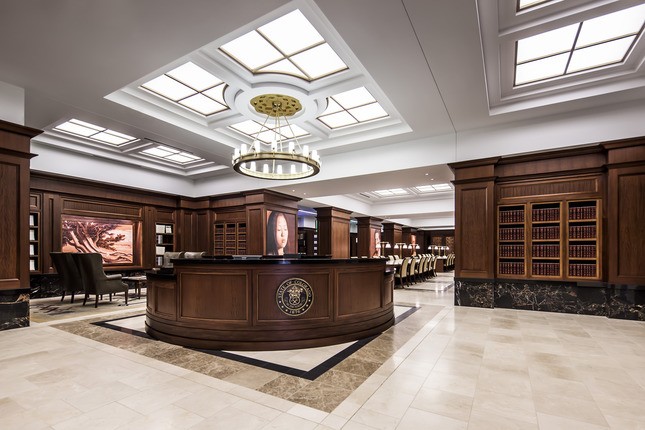 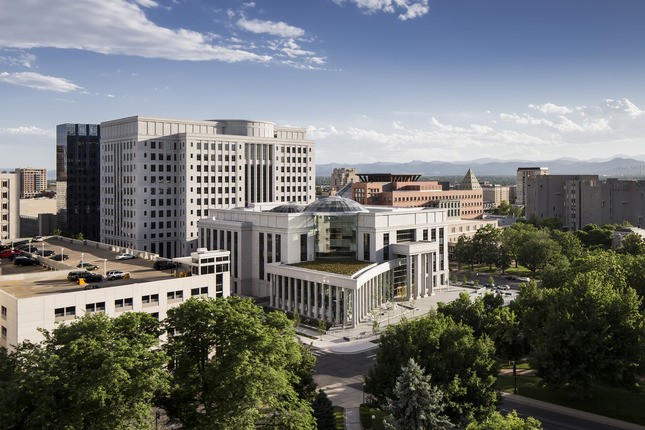