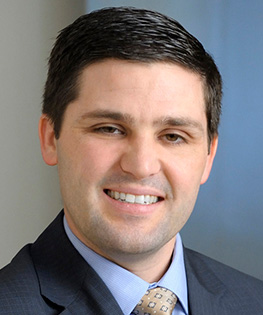 Nathan joined the company in 2001 and serves the organization as the Director of Design Phase for the Chicago operating group. Nathan graduated from Brigham Young University in 2001 with a Bachelor of Science degree in Construction Management. He joined Mortenson soon after graduation as a quality control manager with our Federal Contracting Group, and was assigned to the B-2 LO Restoration Hangar project at Whiteman Air Force Base, Missouri. In 2002, he relocated to the Milwaukee office where he spent the next seven years as an estimator and preconstruction manager. Nathan led the design phase efforts on some of the Milwaukee office's most complex projects including the Harley-Davidson Museum, American Transmission Company Headquarters and Operations Center and the Westchester Medical Center project in Cincinnati, OH. Nathan was also the lead design phase manager on the $165 million Wisconsin Institutes for Discovery project, Mortenson's first true Integrated Project Delivery (IPD) project. Before moving to Chicago, Nathan made a brief stop in Minneapolis as the Director of Business Development for the Federal Contracting Group. He then served as the Director of Business Development in Chicago.

Outside of Mortenson, Nathan is a Design-Build Institute of America Associate and is an active member of the Society of American Engineers. A native of Salt Lake City, UT, Nathan enjoys living in the Midwest, especially during the summer. Nathan is a passionate soccer fan and closely follows the European leagues. In his free time, Nathan loves to teach Spanish and coach his children’s soccer teams.