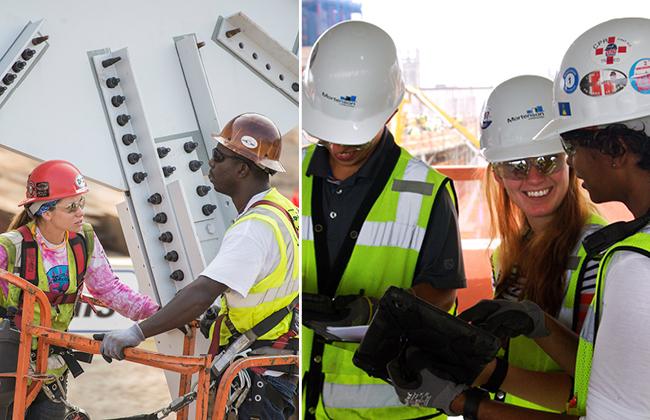 Large racial and gender wage gaps remain in the U.S., the Pew Research Center reported last year. The American dream of a better tomorrow—with greater earnings and equal opportunity—is fraying for disadvantaged minorities and women. But it is not beyond repair. The construction industry has the potential to change the lives of those who need it most, providing living wage jobs that can support families and build wealth.

Today, the numbers on poverty and employment for American women, issued in Maria Shriver’s Women In America report, paint a sobering picture: women account for one in three, or 42 million, of those who live in, or on, the brink of poverty, and nearly two-thirds of all minimum wage workers. And since the Great Recession, median wealth for all minorities has fallen 9 percent compared to only 1 percent for non-Hispanic whites, notes Pew Research Center.