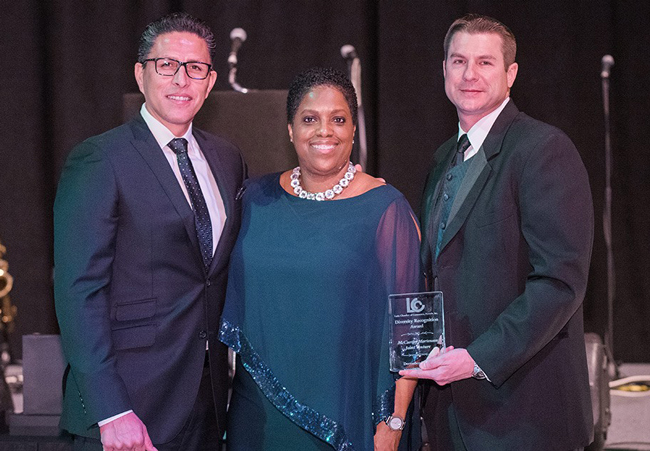 The Mortenson-McCarthy Joint Venture was named recipient of the Diversity Recognition Award for their efforts and achievements at Las Vegas Stadium. Accepting the award for the Mortenson-McCarthy Joint Venture was Paul Dudzinski, Mortenson-McCarthy JV Project Director and Lynn Littlejohn, Vice President, Community Affairs + Development for the JV project team. "It is a great privilege for Las Vegas Stadium project team to be recognized for diversity," said Paul Dudzinski. "Our jobsite's workforce mirrors the diversity throughout the community and we are humbled by the opportunity to collaborate with so many building partners and small local businesses."