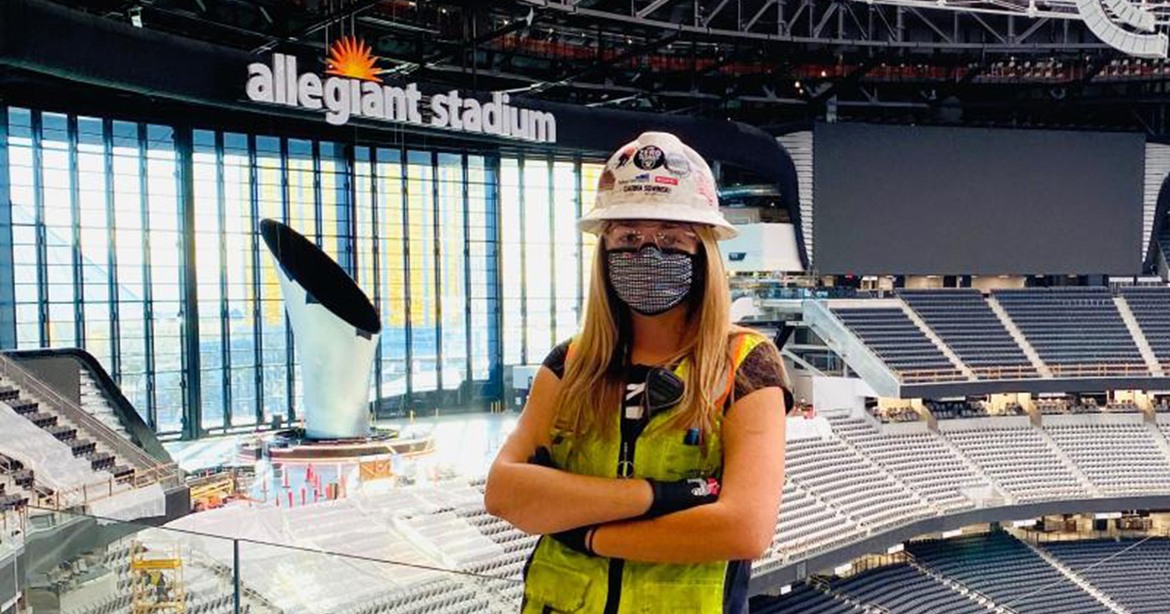 As a teen, Carina Sowinski never considered a career in construction, let alone overseeing the safety program for a $2 billion project.

It wasn’t until after she entered college at the University of Wisconsin-Whitewater that the idea of working in the construction industry entered her head.

“I thought I’d end up in insurance, doing risk management,” Sowinski said. “Working in this industry, it’s not something I think most girls dream of as they walk past job sites.”

About five years into her career, Sowinski is a senior safety engineer for Mortenson Co., one of two lead contractors that built Allegiant Stadium.

Sowinski worked on the stadium project more than two years. That’s after she worked on a new ballpark for the Atlanta Braves and a new arena for the NBA’s Milwaukee Bucks.

Sowinski is part of a new generation of women who have entered a construction industry dominated by men.