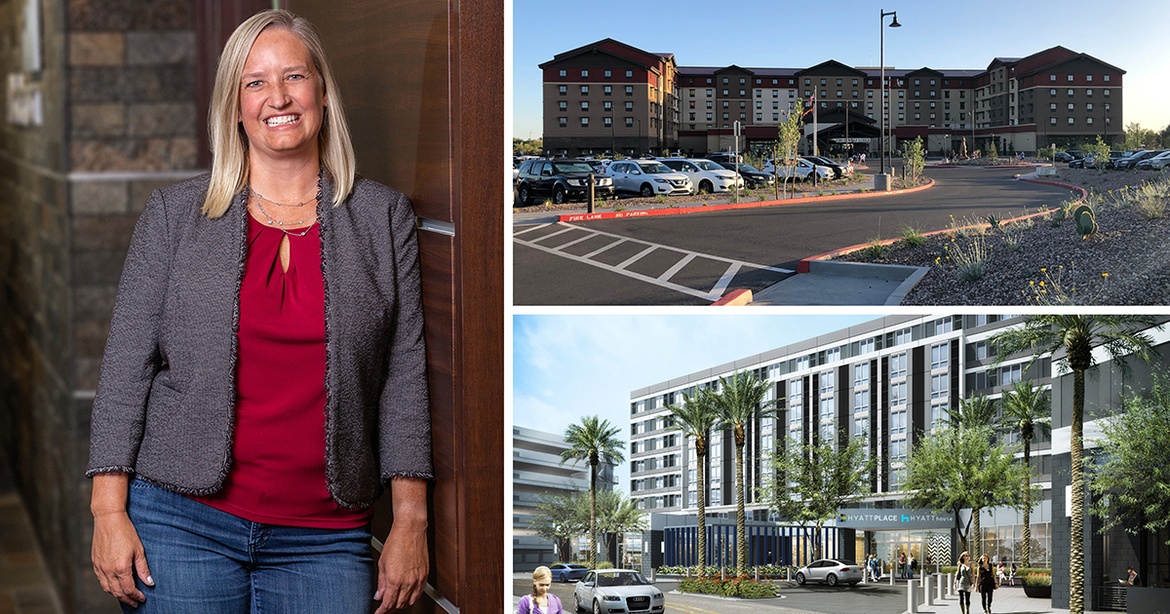 Hospitality is a hot commodity right now in the Arizona market, with Phoenix as the epicenter. There are hospitality projects underway in markets all over the Valley and these new projects come on the heels of one of the most anticipated hotel projects Arizona has seen in a while, the Great Wolf Lodge in Scottsdale on Salt River Pima-Maricopa Indian Community land.

Morehart has had her hand in some marquee hospitality projects during her career. Morehart transferred to Mortenson's Phoenix office in 2019 to lead all of the company's local hospitality projects. Before coming to Phoenix, Morehart worked for Mortenson in Denver, where she led the construction of the Gaylord Rockies Resort and Convention Center, a 1.96 million square foot, 85-acre development that includes a 1,500 room Marriott hotel, more than 1.9 million square feet of hotel, retail, commercial and convention space and indoor/outdoor recreational park.