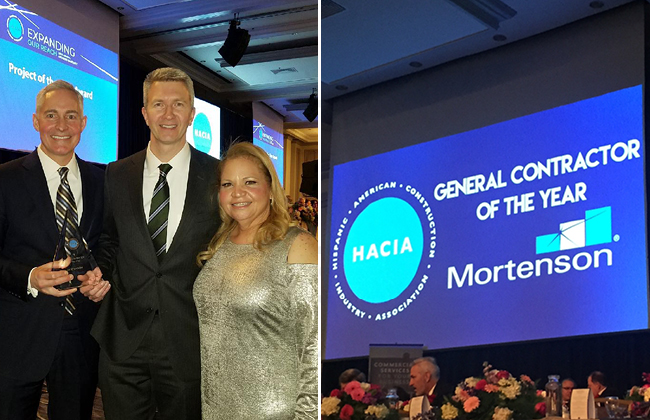 The Hispanic American Construction Industry Association has named Mortenson as its General Contractor of the Year. This honor recognizes Mortenson’s commitment to inclusion and diversity in construction and the efforts of Mortenson’s Chicago office in particular to advancing these goals.

“We are proud to award Mortenson with our General Contractor of the Year Award. Over the past few years, Mortenson has demonstrated a definite positive approach to working with fellow members and providing opportunities for HACIA members to bid work,” said Jorge Perez, HACIA executive director. “But this approach goes further. Mortenson has gone above and beyond providing opportunities. Debriefs and feedback have been critical for members’ capacity building. Mortenson walks a firm through its internal processes and lays the ground work for how a firm can develop lasting business relations with Mortenson.”

One contractor that Mortenson met through HACIA is Escarpita Construction Co., which specializes in drywall and ceiling systems. Escarpita has worked on such Mortenson projects as the Silver Cross Hospital in New Lenox, The University of Chicago Jeanne Gang-designed Campus North Residential Commons, and the Northwestern Welsh Ryan Arena renovations. 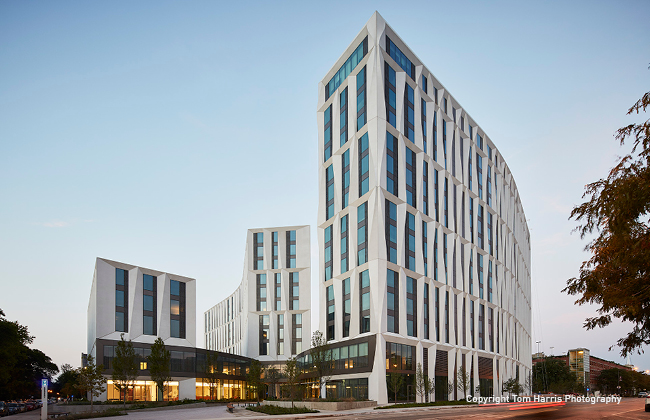 “Mortenson is serious about inclusion and diversity on its projects. You can see it on Mortenson job sites and feel it in the way they make sure everyone’s opinions are heard and respected,” said Jorge Escarpita, founder and president of Escarpita Construction. “Mortenson stands out because it makes a practice of seeking out minority-owned and women-owned contractors for all of its projects, not just those that have MWBE hiring requirements.”

As a leader in the use of technology, Lean processes and safety in construction, Mortenson works with subcontractors to adopt best practices and tools to make the construction industry more productive, efficient and safe. Since 2010, it has partnered with HACIA to conduct multiple workshops for its members on building information modeling, an increasingly common standard used in creating 3D architectural and engineering designs and in managing construction.

“We at Mortenson believe the key to innovation and progress lies in bringing together diverse viewpoints, experiences and ideas. It’s important, too, that our projects reflect the communities in which we live and work. It’s good for our customers, our communities and our business,” said Andy Stapleton, general manager in Mortenson’s Chicago office.