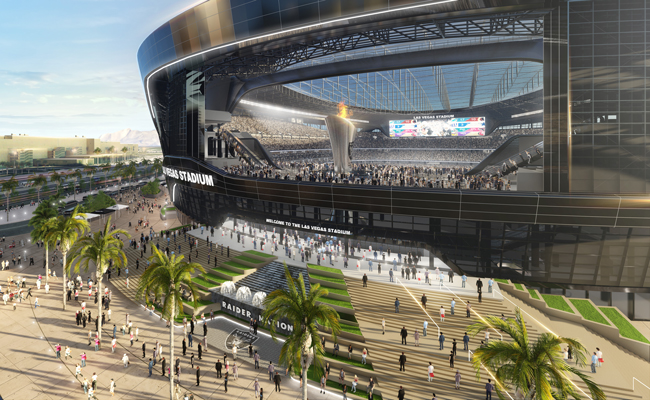 Laid out by the seven-member Las Vegas Stadium Benefits Oversight Committee, the initial numbers on workplace diversity and small-business inclusion during the construction phase of the project are encouraging, committee chairman Ken Evans said.

Of the work hours carried out on the site through March, 54 percent come from minority groups, said Lynn Littlejohn, a community oversight committee member and the director of community benefits at Mortenson Construction. That’s well above the 38 percent goal originally established by the committee.

There has been about 80,000 work hours carried out by women and minority workers, and 3 percent were provided by veterans.

Additionally, 18 percent of the contractors on the site are small business enterprise firms — 3 percent above the 15 percent goal established in Senate Bill 1.

Of the $509 million in work awarded thus far on the site, $90.8 million has been awarded to small-business enterprise firms. That number includes 32 different firms — 15 of those awarded multiple contracts — and 10 women- and minority-owned businesses.

The stadium site has about 225 workers on site, and that number will swell to 500 by September when construction intensifies, Littlejohn said.

“Everything is on schedule,” Raiders president Marc Badain said. “Every day you come back there, you see more activity on the site.”