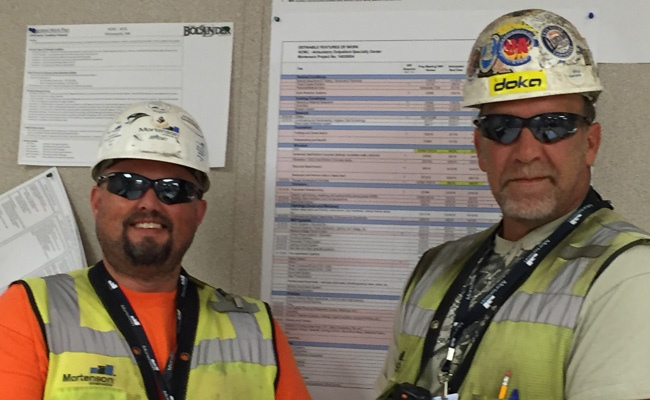 Mortenson superintendent Dan Bauer and safety manager Jeremy Hannack have been involved with the Foundation for years. “I participated in the golf tournament last year and after the event I wanted to help in a greater capacity so I joined the Foundation” said Hannack. “I got to know several Minneapolis Police officers from their work near Mortenson construction sites—a few of those officers are part of K9 teams. As a dog man at heart, working with the Foundation is a way to support men and women who are doing a very difficult job.”

“I have participated in the event for the past four years” said Bauer. “It is so important to support the men and women that protect us.”

The Minneapolis Police Department’s K9 Unit has been serving the citizens of Minneapolis and the men and women of the police department since 1966. The Unit currently has 16 canine teams and many of the dogs receive training in narcotics and explosives detection. The primary purpose of the canines trained for police work is to make the officer’s job safer. The police dogs serve an important role because they are often used in high-risk situations. Click here to learn more about the Minneapolis Police K9 Foundation.