The Rooftop At Coors Field / Denver, CO
Can the renovation of an iconic stadium show immediate revenue gains?

Denver is booming with 20-somethings that thrive on quality entertainment, beautiful Colorado outdoors, and, of course, food and drinks for a bargain. The Rooftop at Coors Field provides all three of these, making it one of the most unique new spots in Denver. Struggling to fill the upper-right seating sections, the Rockies looked at the success of LoDo entertainment bars and made a bet on creating an experience with the same theme. Together with Mortenson and Populous, the Rockies produced a new revenue-generating space attracting an entirely new group of fans to the iconic stadium. The innovative, standing-room-only space features craft beer, local food, spaces to socialize, and incredible views of the game, the city, and the Rocky Mountains.

The renovation has seen immediate success. In the first 37 home games, food and beverage revenue has nearly doubled typical revenues, and the Rockies have sold 60,000 general admission Rooftop tickets. That’s as many tickets sold in the entire 2013 season for the same space. Coors Field is the first major sports venue to repurpose a major portion of the facility into a rooftop deck – and in the process, the Rockies have created the largest deck or patio in professional sports.

Mortenson repurposed the existing 3,500 seats into to 46,000 square feet of rooftop space. Costing $11.5M, this work was entirely completed in just four months! Crews were mobilizing within 10 hours of the team walking off the field from their final season game. Not soon thereafter, demolition and reconstruction began. 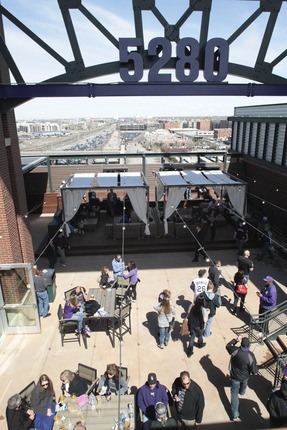 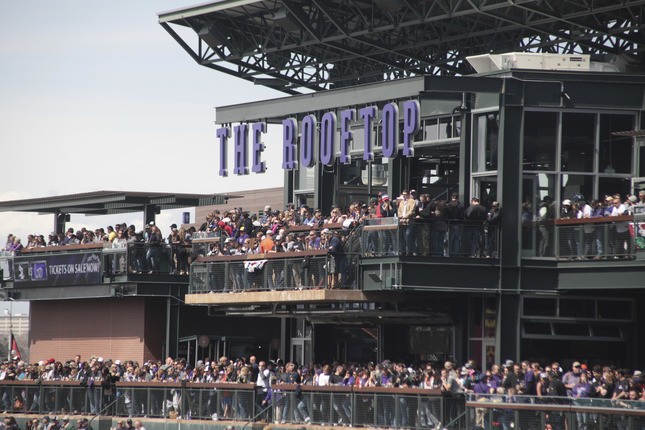 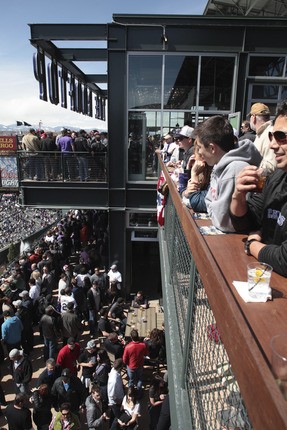 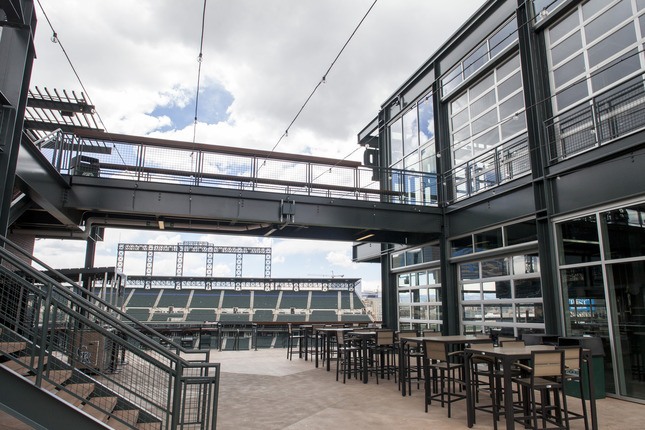 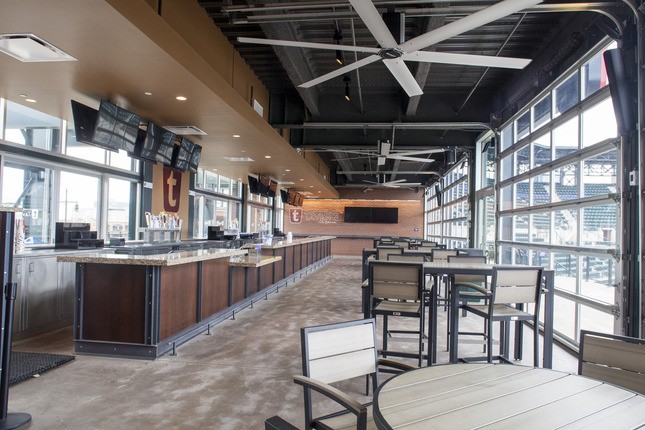