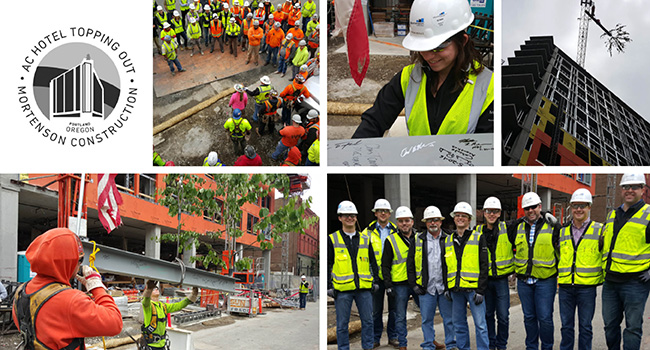 Mortenson Construction is pleased to announce the successful “topping off” of the new AC Hotel by Marriott, a 13-story, 120,000 square foot hotel in downtown Portland, Ore. The topping out signifies the placement of the final steel beam, a major milestone as the building will now transition from the structural to enclosure stage of the construction process. The final steel beam was placed by Mortenson on May 20th.

"Construction of AC Hotel is continuing to make significant progress, and the topping off of the building represents another important step towards the successful completion of construction." Said Jeff Madden, general manager of Mortenson Construction. "We're honored to be part of this important addition to downtown Portland and to mark this most recent achievement."

Some interesting aspects construction on the new AC Hotel Include: