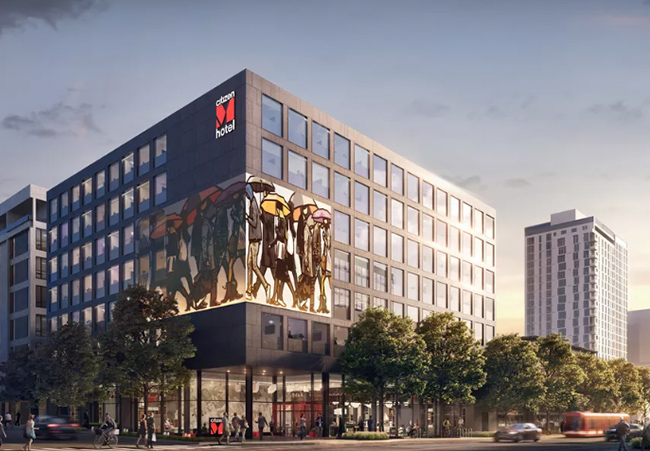 General contractor Mortenson is currently assembling the South Lake Union citizenM hotel designed by Gensler’s Seattle office, which is slated to open in last summer 2019. Construction workers have been stacking the hotel modular units like Lego blocks atop a traditionally constructed concrete podium.

citizenM is the first full volumetric modular hotel built from separate units. The various parts of the modular units are assembled at citizenM’s factory in Europe where workers make the bed, hang the TV and lock the doors. The prefabricated rooms are then wrapped in plastic, pressurized to keep windows in place, and shipped to the construction site, ready to become the next citizenM hotel.