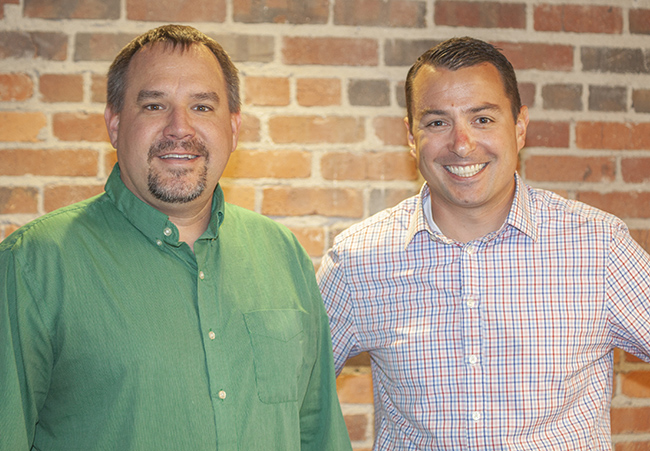 Mortenson Denver is fortunate to have a strong group of leaders and are excited to announce the following changes.

Gene Hodge has been promoted to Vice President and General Manager of the Denver office and will transition into the day-to-day overall leadership for the office. Gene began his career with Mortenson as an intern in our Seattle office in 2003. He joined full time following his graduation from the University of Washington in 2006. He was involved in several healthcare projects in the northwest and led our construction efforts on the Central Washington Expansion Project in 2009. Gene was instrumental in leading our design phase efforts and has ensured our project teams deliver on their promise of excellence in design phase services to our customers.

Following time in Minneapolis, Gene moved his family to Pennsylvania and was the senior project manager and eventually construction executive on the Penn State Pegula Ice Arena for our Sports + Entertainment Group. He has consistently exemplified leadership in running a remote project, obtained strong margins and set the bar for exceptional customer service.

Dave Kuntz has been promoted to director of operations. Kuntz will partner with Mortenson Vice President of Operations, Bill Gregor, on the oversight of Mortenson’s construction and field operations, as well as general activities across Colorado.

Dave joined Mortenson as a field engineer on the Poudre Valley Health Systems Lemay campus in 2001. He has successfully led several healthcare projects, as well as playing a key role in delivering the Vestas blade factory in Brighton and the Ralph L. Carr Colorado Judicial Center. The projects completed under his leadership have been consistently successful and a testament to Dave's ability to provide an exceptional customer experience.

In 2014, Dave was promoted to construction executive, led the $250M Charles Schwab campus work in 2015, and is currently leading the $155M Denver Water Campus projects. In recent years, Dave's role with the Denver office has expanded to include group-wide training responsibilities for both financial acumen and customer service. Dave has demonstrated outstanding leadership, team member development, customer service and operational-excellence qualities.