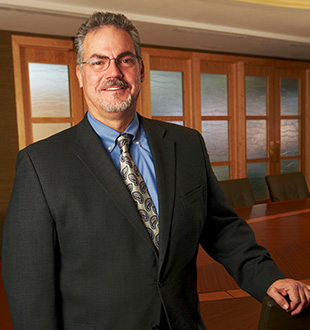 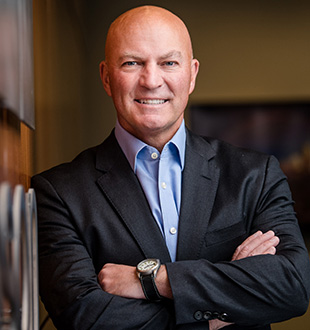 Minneapolis – (September 8, 2016) – M. A. Mortenson Company today announced an executive leadership transition at the Minnesota-based, family-owned construction and development services company. After a remarkable 34-year career with Mortenson, Tom Gunkel has announced he will retire as chief executive officer at the end of 2016. Dan Johnson, company president and a 30-year Mortenson veteran, will become president and CEO of Mortenson on January 1, 2017.

Dan Johnson joined Mortenson in 1986 and has served as the company’s president since 2015. He previously was chief operating officer. Through the years, Johnson was involved in the start-up and ongoing operations of many of Mortenson's now-successful businesses including offices in Chicago, Milwaukee, Phoenix and Portland, Oregon. He was also instrumental in launching the company’s renewable energy business and growing its real estate development group. Johnson holds a bachelor’s degree from North Dakota State University.

“Dan is a skilled and thoughtful leader and has made significant contributions to the company’s success and of those around him,” said David Mortenson, chairman. “He has a unique command of our business and the challenges and risks we undertake each day. He has the expertise, knowledge and foresight to make an even greater impact in our organization as our CEO and I know that he will lead Mortenson to a future that will be even brighter and stronger.”

Tom Gunkel joined Mortenson in 1983 after graduating from the University of Wisconsin-Madison and held various roles across the company, including estimator, project manager, general manager leading the opening of the company’s Milwaukee office, vice president of Mortenson’s nationwide commercial building division, chief operating officer (1997), and president (2001) before being named chief executive officer in 2008. He will continue as a member of the company’s Board of Directors following his retirement as CEO.

During Gunkel’s tenure, Mortenson has experienced tremendous success and growth, diversified into many new markets, delivered numerous iconic projects, and enhanced its reputation as a great place to work. Mortenson is currently ranked as the 18th largest contractor by Engineering News-Record and has received more than 40 awards nationally in recognition of the company’s workplace excellence.

“Tom is recognized industry-wide as an outstanding leader, innovator and expert builder. His passion for our business, our company and our team members is unparalleled,” said Mortenson. “My father, me, the Mortenson family and the entire leadership of the company will be forever indebted to Tom for his leadership and the impact he has had on our company over his long career.”