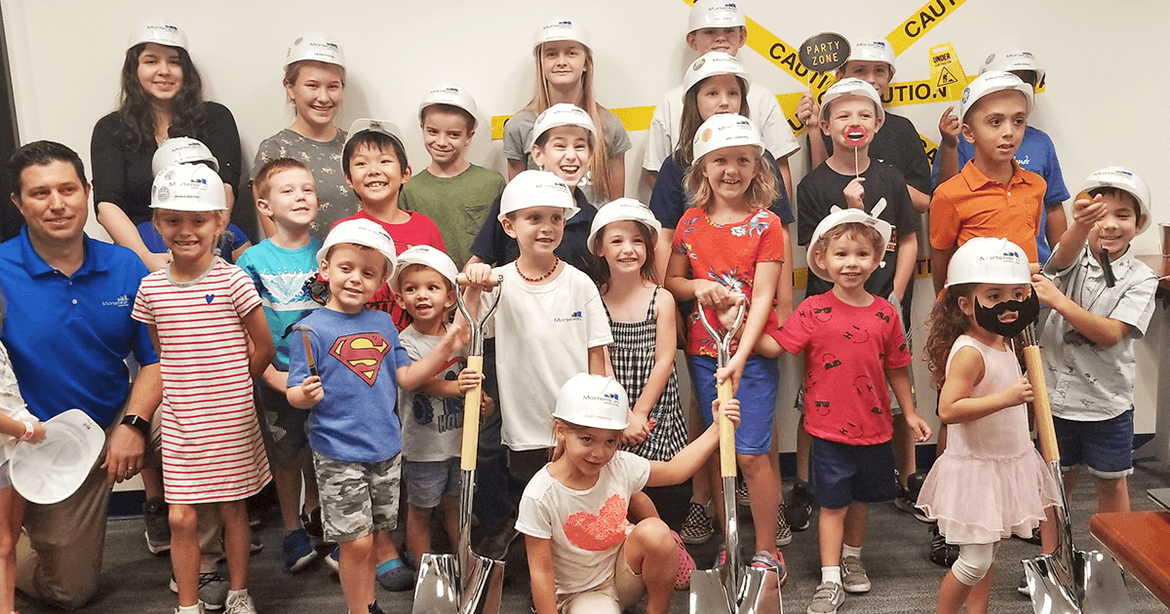 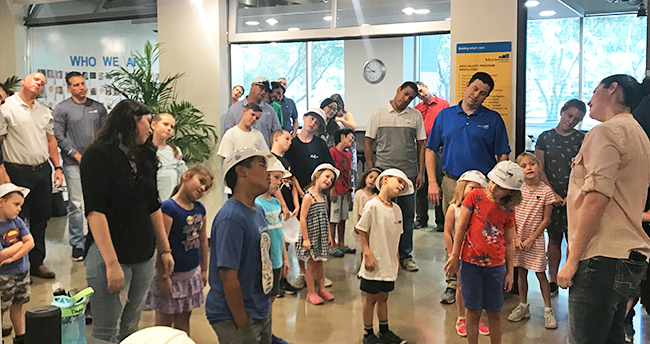 The event kicked off with Bend N Stretch – a series of ergonomic stretches that Mortenson employees perform at the start of each day to reduce risk of injury throughout the work day.

This year, children participated in one of three construction-themed activities based on their age. 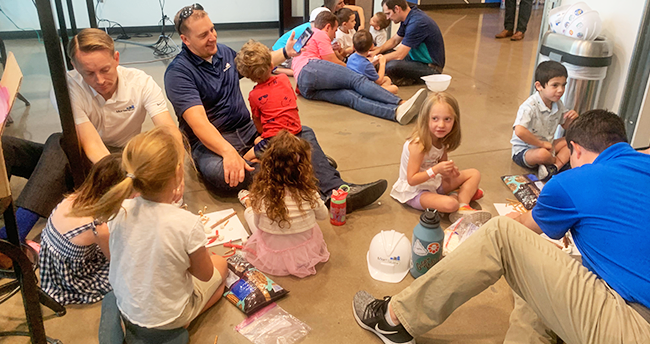 The youngest children competed in building the tallest structure out of pretzels and marshmallows. 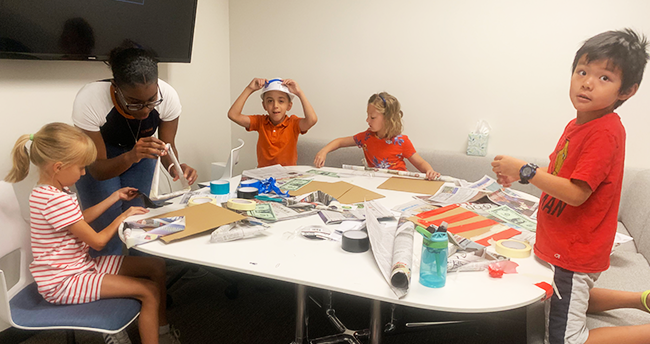 In another age group, children built a table out of newspaper and tape, sturdy enough to hold a one-pound book. 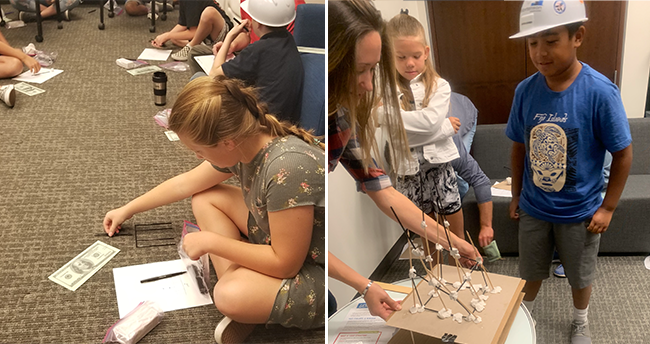 For the “Seismic Shake” activity, children built a structure out of clay and straws that could withstand nine simulated seismic shakes.

A growing tradition at Mortenson, children in attendance are gifted their own hardhats, a safety essential for our Mortenson team members on project sites. Those returning to the event from a previous year can bring their hardhats, proudly displaying achievement stickers earned from previous learning activities, and build upon their collection. Similarly, their parents (Mortenson team members) use a comparable system with stickers to indicate levels of training or project achievements on job sites.

“They were really excited to get their hardhats,” says Deb Smith, group accounting manager for the Phoenix office, about her two sons – Austin and Roman. “They kept asking if they could go to a jobsite.” 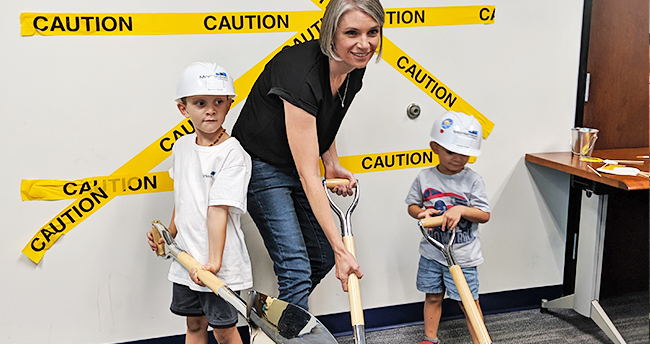 Deb poses with her two sons, Austin and Roman. 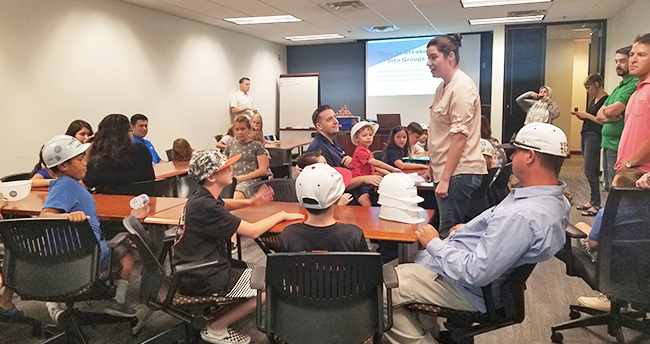 Parents share their roles within Mortenson and the reasons they joined the industry.

For the event’s finale, parents were encouraged to speak about their role within the company, giving the children an opportunity to hear about a variety of different roles within the construction industry in a format that is easy to understand. 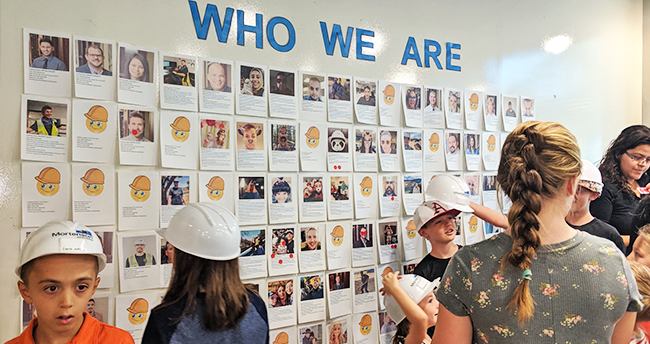 Team members submit a silly photo of themselves and a few facts about what they do for the “Who We Are” wall. The children are given stickers to vote for their favorites. 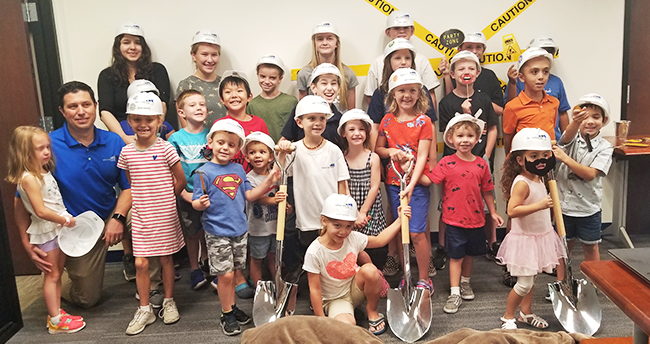 The children pose for a photo with shovels and “dirt” to demonstrate what their parents do, as part of project teams, who pose this way for groundbreaking ceremonies on their projects.

Mortenson’s Building Inclusion and Diversity (BID) group is a team within Mortenson dedicated to fostering a culture of inclusion and diversity within both the company and the industry as a whole.

The Bring Your Kid to Work Day event is geared towards inspiring career exploration from an early age. Mortenson recognizes that the years leading up to high school are important, because children are shaping their world views and learning what is most interesting to them. BID strives to foster an environment where kids who show an early interest in construction-related roles can be empowered to cultivate that interest later in life.

“We hope that by introducing the children to different professionals within the construction industry it might ignite in them an interest to think “outside the box” of what they want to do when they grow up. A day at the office gives them an opportunity to experience and visualize a different part of the person they see at home and may lead to asking questions about all of the aspects of what make up Mortenson. This event is very important to the BID committee because in our endeavor to make Mortenson more inclusive and diverse, the kids are at the forefront of it all since they will be the next generation taking over the industry.”