On Tuesday, March 20, the Milwaukee Brewers along with the City of Phoenix and community partners broke ground on the Maryvale Baseball Park Renovation project in Phoenix. 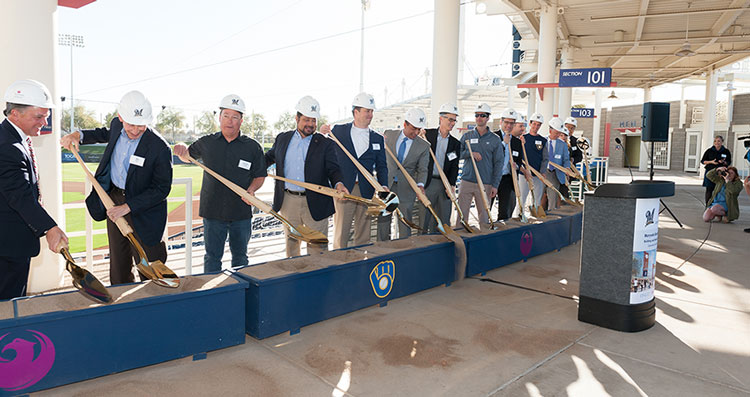 In November of 2017, the Phoenix City Council voted in favor of a plan to renovate Maryvale Baseball Park, which has served as the Spring Training home of the Milwaukee Brewers since 1998. The plan keeps the Club in Maryvale through at least the year 2042, the second-longest commitment in the Cactus League.

Construction is scheduled to begin in late March and be substantially completed by the start of 2019 Spring Training.

“Today was the next step in an exciting time for the Milwaukee Brewers, the city of Phoenix and many stakeholders as we broke ground on this world-class project,” said Brewers Chief Operating Officer Rick Schlesinger. “The next 10 months will be a time where the creative vision for a renovated Maryvale Baseball Park comes to life. We appreciate the support of Councilman Valenzuela and all of our public and community supporters as we move into this exciting new phase of development.” 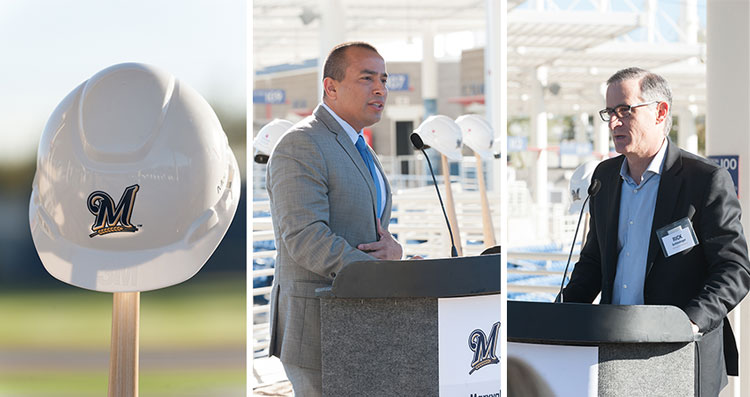 The Brewers will invest $56-$60 million in the construction phase of the program, and will assume operation and maintenance (as well as related costs) of the facility after the conclusion of this year’s Spring Training. The city of Phoenix will allocate $2 million each year for the next five years for renovations, and the Arizona Sports and Tourism Authority will contribute approximately $5.7 million.

“We are very pleased to be able to partner in this project without making changes to funds directed toward other Cactus League facilities, assuring that the league remains strong,” said Tom Sadler, President and CEO of the Arizona Sports and Tourism Authority. 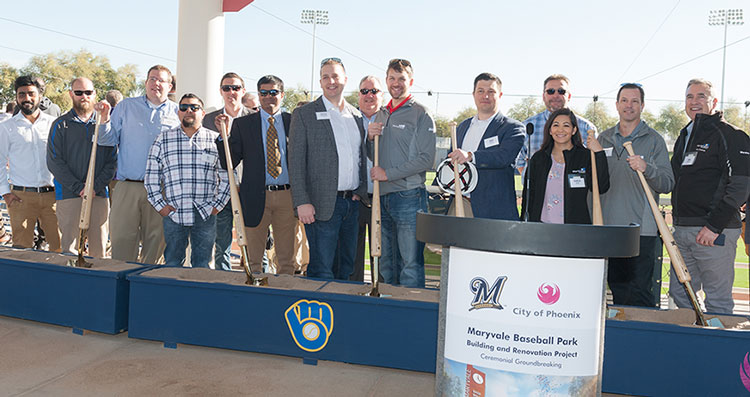 The Mortenson team, ready to break ground on the renovation