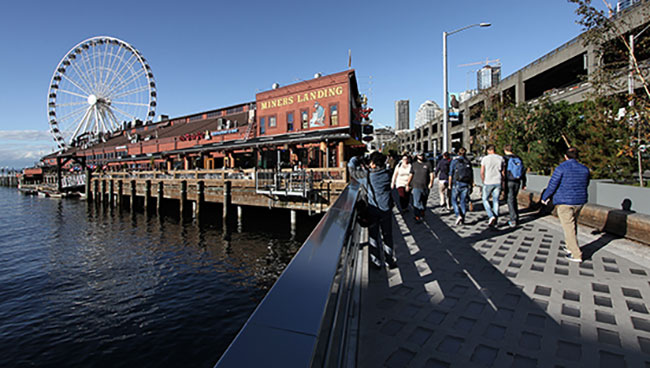 Seattle’s downtown waterfront is a critical economic center for the city and the region, with more than 19 million visitors annually generating more than $9 billion in tourism revenue and $623 million in state and local taxes. One of the waterfront’s main players, the Port of Seattle, generates $19.8 billion in business revenue and $894.4 million annually in state and local taxes.

But a dark cloud hung over the city.

Even with the removal of the Alaskan Way Viaduct, Seattle’s downtown waterfront seawall was at great risk of collapse in the next earthquake…