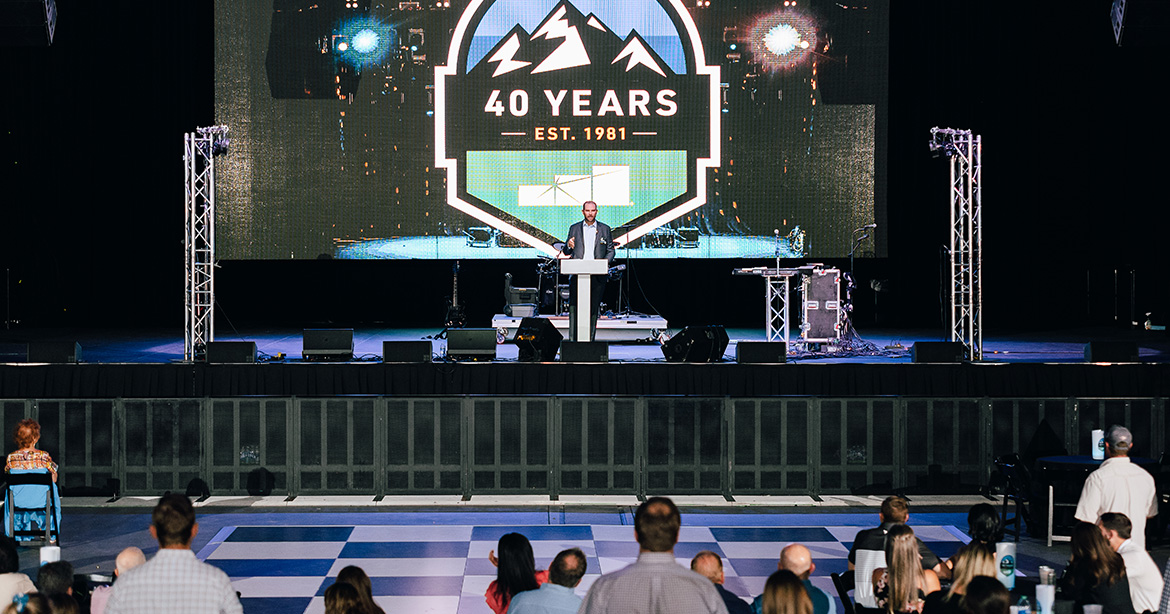 Mortenson, a top-20 U.S. builder and developer, this week celebrated the 40th anniversary of the establishment of its Denver office with a team and partner appreciation event at the Mortenson-built Mission Ballroom in the River North (RiNo) Art District.

“We would not be here today without generations of team members showing up day after day, year after year, ready to go the extra mile for our customers, for one another, and for their local communities,” said Brian Fitzpatrick, vice president and general manager of Mortenson Denver. “Looking at the important role Mortenson has played in the state’s growth and economic development, and the impact our team members have had on the lives of so many people here in Colorado, I could not be prouder or more humbled to be part of the team leading us into the next 40 years.”

Since 1981, Mortenson Denver has been integral in the construction of iconic projects across the state including St. Joseph Hospital, Gaylord Rockies Resort & Convention Center, Coors Field, Ball Arena, Ralph L. Carr Judicial Center, DIA Hotel and Transit Station, the recent expansion of National Jewish Health, and the award-winning Buell Public Media Center. Over the years, the company has expanded its services and capabilities in the market to include Mortenson Development Inc., a fully integrated development company, and Mortenson Properties, a real estate investment arm.

In addition to the company’s substantial impact on the built environment, Mortenson Denver has earned a strong reputation for its commitment to community outreach and volunteer efforts. The company was recognized last year with Mile High United Way’s Champion of Hope award, the highest tribute bestowed by Mile High United Way for corporate community involvement for established workplace campaigns. Since coming to Denver, Mortenson has donated more than $7 million to local nonprofits and charitable causes here in Colorado. This month, the company was also recognized with at the Denver Business Journal’s inaugural Diversity, Equity, and Inclusion awards for its commitment to equity-focused hiring and pay practices, and initiatives such as mentorship programs, resource groups, and partnerships with minority businesses.

“This anniversary was about recognizing 40-plus years of partnership not only with our team members, but our customers and trade partners,” said Brian Holland, director of business development. “We are fortunate to benefit from some incredible long-term relationships in this community and we were so grateful for the opportunity to finally come together in person last week to celebrate the impact of those partnerships on Colorado communities.”

As part of the 40th anniversary celebration, the company invited partners and clients to Mission Ballroom.

“Celebrating at a venue our team built was an honor, and a great reminder of the role Mortenson has played in creating so many of the venues Coloradoans love,” Fitzpatrick added.