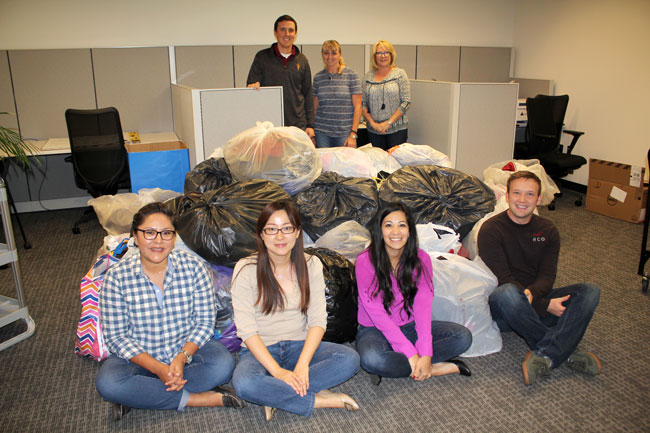 During the last two weeks of October, the Phoenix team held a winter clothing drive to collect coats, hats, gloves and other winter clothing items in preparation for the upcoming winter season. Half of the clothing donations were delivered to the UMOM homeless shelter organization and the other half were delivered to The Salvation Army. Altogether, the Phoenix team was able to collect over two truckloads worth of clothing! 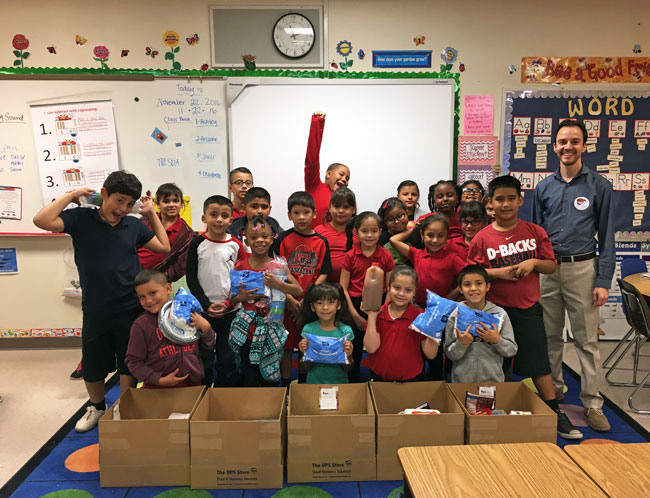 Right before the Thanksgiving holiday, Phoenix team members prepared five meal boxes that contained all the necessary food items for a Thanksgiving meal to feed an entire family. The meal boxes were distributed to 2nd grade students at C.J. Jorgensen Elementary School in Phoenix. As a Title 1 funded school, a high percentage of students are from low-income families. The five meal boxes were received with much excitement from the group of students!