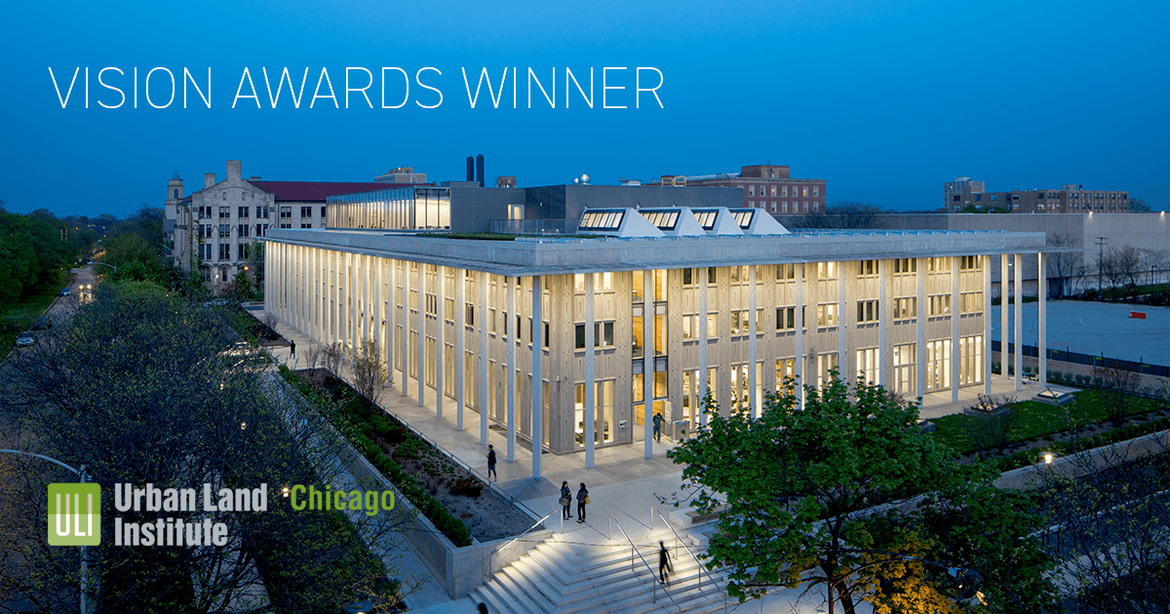 The University of Chicago Keller Center project received its first award from the Urban Land Institute - Chicago Vision Awards. The team was recognized as the recipient of the Excellence in Environmentally Sensitive Design & Community Engagement. The team comprised of Mortenson, Farr Associates and Stearn Joglekar were all there to represent and accept the award.

Below is an excerpt from Farr's award submission.

Sustainability was the centerpiece of the Keller Center project goals. Preserving and repurposing the existing 60+ year old structure was the major driver toward the project’s LEED Platinum and Living Building Challenge Petal certifications. The building’s embodied carbon was cut in half due to both the required reinforcement of structural alterations utilizing steel over concrete, as well as the preservation of the facade and its concrete. All new components were vetted for their chemical makeup to assure the most natural materials would be harmonized with the existing building to create the healthiest environment possible.

To read the full award submission and see other award recipients click here.