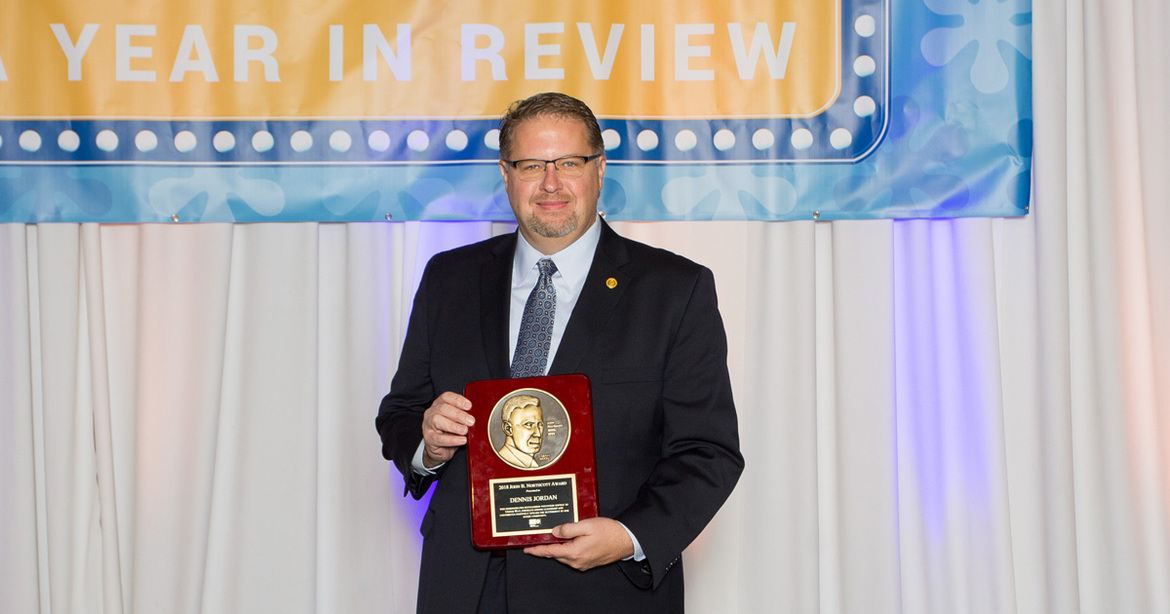 Dennis Jordan was awarded the John B. Northcott Award at the United Way Game Changer’s event on March 7, 2019. “Established to honor one of the leading philanthropists in Cedar Rapids history, the John B. Northcott Award recognizes outstanding volunteer service to the United Way of East Central Iowa,” explained Tim Stiles, President and CEO of United Way of East Central Iowa. “Dennis has a history of not only stepping up to help when needed, he often does so in a leadership capacity that has proven to be invaluable to our success.”

“I am humbled to receive this recognition,” said Dennis. “I credit the support of my fellow board members, colleagues, family, and friends for the opportunity to serve the United Way of East Central Iowa and its efforts to make a change in the areas of education, financial stability and health.”

Dennis is the Senior Business Development Manager for Mortenson’s Iowa Office and has also served in numerous leadership roles with Rotary, Junior Achievement, Leadership Iowa, and the American Red Cross. He has over 24 years of experience marketing professional services, including 14 years as Vice President of Project Development and Economic Development Strategy at the Cedar Rapids Metro Economic Alliance/Priority One.