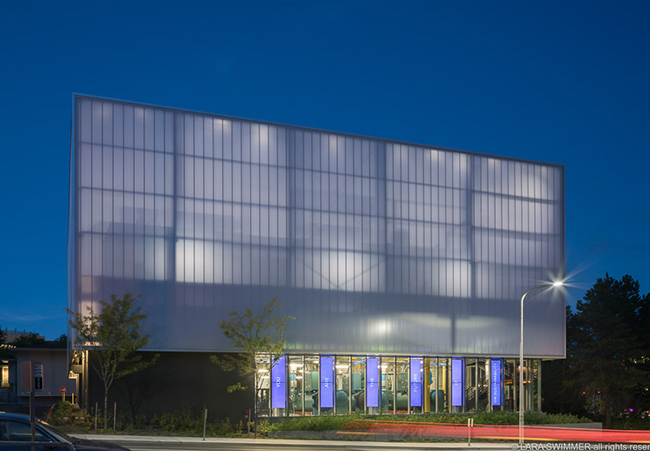 Mortenson Seattle’s recently noted Envision Gold rated building, University of Washington West Campus Utility Plant (UW WCUP), has been award the APWA Washington Chapter Award for Structures - $25M - $75M. The team left the April chapter banquet with the Chapter Project of the Year, but soon after learned the UW WCUP will be awarded the APWA National Project of the year (Structures - $25m - $75m) at their national conference.

The UW WCUP provides chilled water and emergency power to the west and south areas of the UW Seattle campus. In addition to its function of providing utilities to the campus, the building also serves as a gateway to this part of the campus and needed to provide an iconic appearance. The project on day one began to provide 4,500 tons of chiller capacity and 6 megawatts of emergency electrical power and is expandable to 10,500 tons of chiller capacity and 12 megawatts of emergency power without modification to the building. 24 Hours of underground diesel fuel storage and 1,800 lineal feet of 22” chilled water pipe in existing utility tunnels is also included in the project. It has also received Envision Gold rating and is known for its sustainability efforts across campus, which was inclusion of UW student input and projects.

The team will receive the award at the national conference in Kansas City in August.