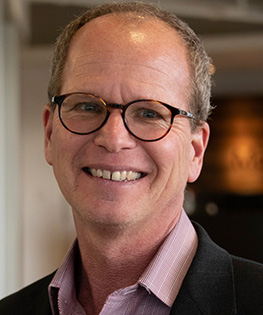 Bill joined Mortenson in 1987, and currently serves as a Project Development Executive. He is responsible for fostering and maintaining relationships with customers, designers and engineers in the higher education, hospitality, judicial and tribal markets to identify and pursue new work. It is Bill's responsibility to manage the relationships and project pursuits from the time an opportunity is identified through contractor selection and project start-up. During his 29-year career with Mortenson, Bill has served in multiple management capacities including project manager, design phase manager and project executive on a large variety of project types.

Bill served as the Design-Build Manager on several projects, two of which have won national design-build awards from the Design-Build Institute of America. Bill is a designated Design-Build Professional (DBIA) and he is one of just 21 professionals in the United States certified by the Design-Build Institute of America to teach their design-build designation courses. He is currently Vice President, and President Elect for DBIA’s Northwest Region. He has been named part of the first class of DBIA Fellows, one of DBIA's highest distinctions. Bill is also on the Pacific Region Council for the Society for College and University Planning (SCUP) and he is a Board Member for the Bellevue College Foundation. Bill received his Bachelor of Science in Construction Management from the University of Washington in 1986.