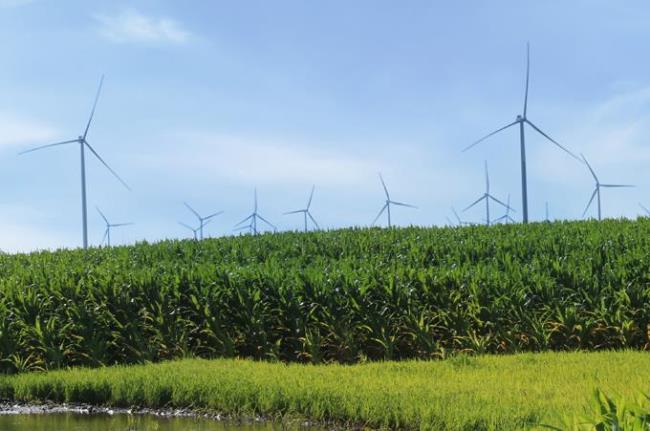 Minneapolis, MN – (July 24, 2018) – Mortenson announced today it has been selected by MidAmerican Energy Company to build two wind farms in Iowa as part of the company’s Wind XI Project, a broader plan to install 2,000 MW of wind energy in the state by 2019. The new Arbor Hill and Ivester wind farms will be Mortenson’s 16th and 17th wind projects built in the state for MidAmerican Energy, adding 341 MW to Iowa’s substantial electric grid.

“We continue to have a strong relationship with MidAmerican Energy and look forward to helping them reach their goal of serving their customers’ electricity demand with 100 percent renewable energy,” said Tim Maag, vice president and general manager for Mortenson’s Wind Energy Group. “It’s an exciting time to be a part of Iowa’s wind energy revolution.”

Iowa continues to be one of the largest wind energy producers in the nation. Decades of investment, the 1983 adoption of a renewable portfolio standard and Production Tax Credit (PTC) have all contributed to its tremendous growth. The American Wind Energy Association reported that in 2017 Iowa ranked first among states for wind energy production as a share of total electricity generation.

Arbor Hill, located in Adair County, includes 125 Vestas turbines with tower hub heights of 95 meters, totaling 250 MW of output. Mortenson got its start in wind energy construction with its first project near the town of Adair in 1995. Adair County is also home to the Rolling Hills wind farm, which Mortenson built for MEC.

The Ivester project, located in Grundy County, is approximately 130 miles from Arbor Hill and consists of 35 Siemens Gamesa turbines with a combination of tower heights of 85.1 meters and 80 meters totaling 91 MW. Grundy County is home to the Wellsburg wind project, which was also built by Mortenson for MEC.

The scope of work for both projects will include access roads, foundations, collection system installation and erection of the turbines. Mortenson will self-perform all civil and high voltage work associated with these projects.

Mortenson is a U.S.-based, top-20 builder, developer and provider of energy and engineering services committed to helping organizations move their strategies forward. Mortenson’s expanding portfolio of integrated services ensures that its customers’ investments result in high-performing assets. The result is a turnkey partner, fully invested in the business success of its customers.