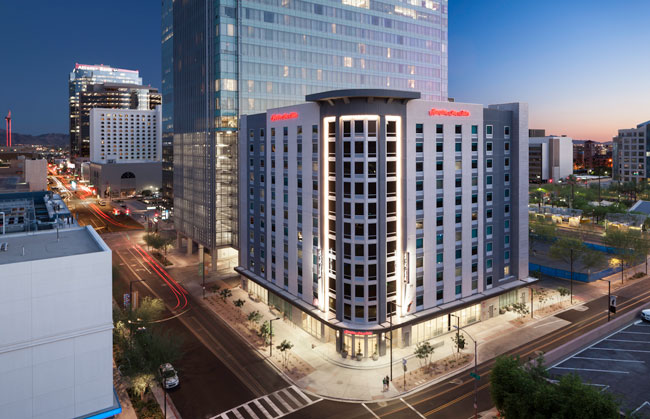 The Phoenix Business Journal recently ranked Mortenson as #20 on a list, among the Valley’s Largest Phoenix-Area Commercial Real Estate Developers. Firms were ranked based on total square footage developed in 2017 around the Valley.

Locally, Mortenson developed 124,000 square feet in 2017, including the recently opened Hampton Inn and Suites Downtown Phoenix. The hotel was sold to Apple Hospitality REIT in May 2018, and opened one week ahead of schedule. In its first week, it saw a 60% occupancy rate, resulting in $125,000 in additional revenue. In addition, we are currently developing and building the 158,000 square foot West Region Distribution Center for Ellsworth Adhesives in Reno, Nevada.

Mortenson is proud to be represented as a developer in the Valley and is looking forward to continuing to make an impact and growing our development business locally.